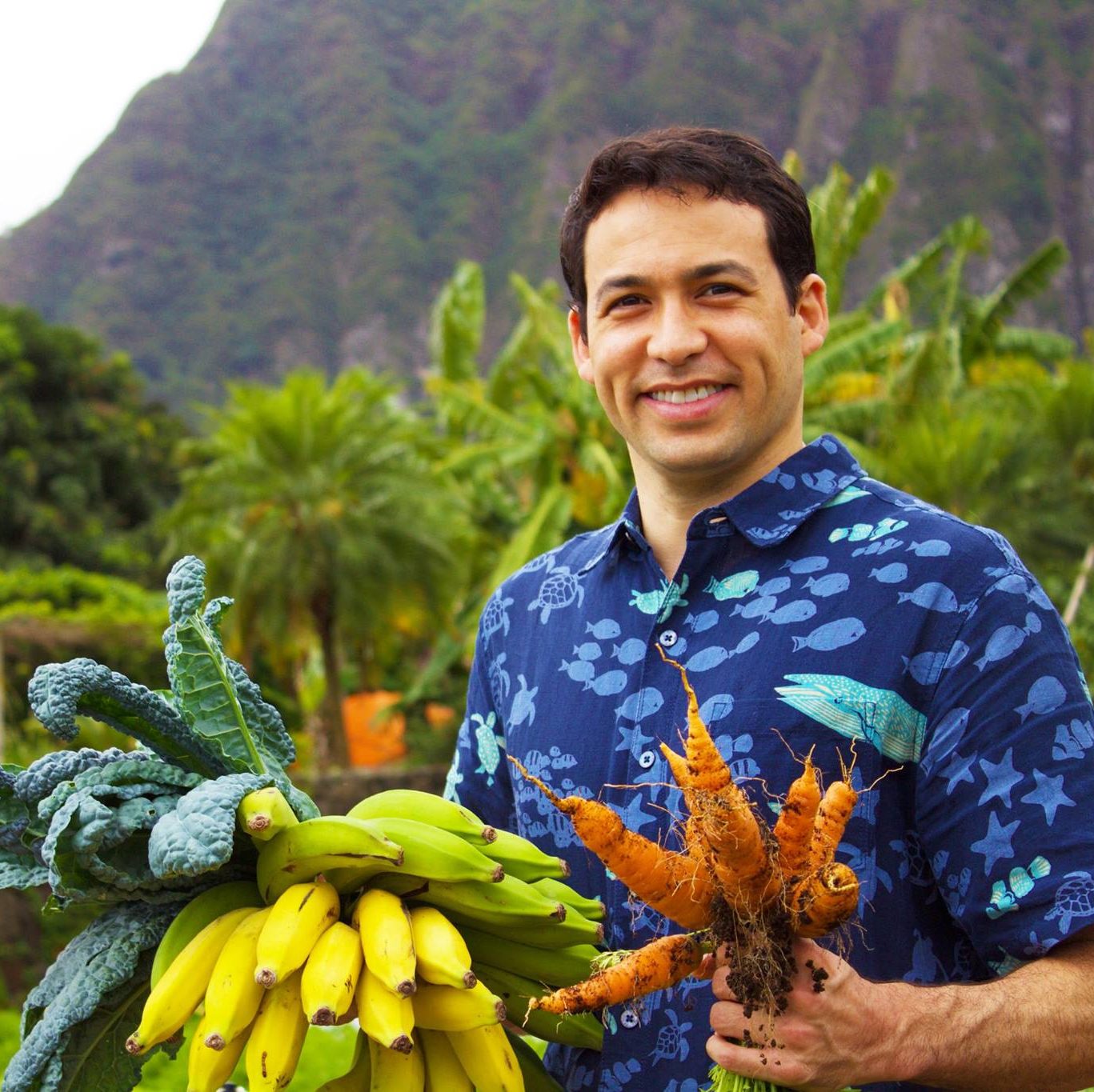 News broke this week that a new tax credit has been created to help support Hawaii’s farmers gain and maintain organic certification! The Hawaii Center for Food Safety (HFCS) reported in a May 5, 2016, press release that with House Bill 1689, $2 million in tax credits would be allocated to “help organic farmers overcome the financial barriers of certification.” Now we await Governor Ige’s decision on the bill.

The $50,000 tax credit is the first of its kind in the nation, and can help farmers around the island defray costs of organic production, and help support them with supplies and equipment to maintain the certification.

The Cost of Organics

A few years ago, I worked on a farm as it was transitioning to organic, and the process took months of time, stacks of paperwork, and meticulous record keeping. All of these things are easy to accomplish– assuming you have ample time and people to do it, which of course most farmers do not have in abundance. Tracking for organic certification is daunting:

+ Every seed you plant must be from a known organic source; usually this is easy, but if you can’t find your preferred seed organic, you must prove that you’ve found only non-organic seeds in catalogs or stores, and submit proof of all of them in order to use the non-organic seed.

+ When you plant, each field and row is notated, and whenever organic amendments (like bT or soil amendments) are used, the time, date and amount must be notated and tracked meticulously.

Don’t get me wrong, certification is a very important process to ensure the integrity of our organic food supply. However, for small farms, these can be a barrier to attaining certification. And we want to see as many farms as possible be organic!

Growing in the Islands… Organically

We benefit from a nearly year-round growing season here in the islands, but that means that bugs, viruses, fungi and other vegetable-damaging life forms also have a year-round growing season, so organic is a bit more challenging. Add to that the higher cost of housing, land, and food (some estimates suggest it’s the highest in the country), and organic farmers have a harder time making the margins needed to profit well from their endeavors.

At my local farmer’s market, we have only two certified organic farms of about 20 farm booths. One of them is based here on Oahu, while the other is based on the Big Island, so depending on how you measure it, it’s not totally ‘local’ for me to get my organic kale from them. Most of the other farmers are ‘no spray’ or ‘grown sustainably.’ While these notations sound great, they don’t mean anything. I talk to the farmers and ask about their methods, but it is often an awkward conversation, and I tend to walk away unsatisfied with the answer. I trust that the certified organic farms are using inputs and amendments that are safe for our bodies and our planet, but I’m always unclear about what other farmers may be using on their crops.

We can grow an abundant variety of fruits, vegetables, and herbs, but some do better organically than others. For example, tomatoes and cucurbits (melons, cucumbers, zucchini, squashes and pumpkin) are hard to find organically because the pest that bores into their fruits thrives in our warm weather. Most of these products are grown with some type of chemical input, or grown in greenhouses. My hope is that this tax credit can also help farmers expand the range of production for products like this so I can finally buy some local, organic cucumbers and kabocha squash!

One of the other reasons that this tax credit is so very important is because of the raging debate about GMOs happening here in the state.

The GMO debate in Hawaii is not so much about labeling as it is elsewhere in the country, but instead about the abundant field trials of genetically modified crops. Hawaii has thousands of acres of GM crops planted across the islands, and many of these fields are sprayed with chemicals. The companies that host the field trials– Monsanto, DuPont, Syngenta, Pioneer– do not disclose the chemicals they are spraying to the community. Not only is this damaging to our soils and water, this pesticide drift has created a host of health issues for those living and breathing by the fields– which often includes schools and hospitals.

Hawaii has one of the highest rates of open-air GE field tests in the U.S – in 2014, chemical companies conducted GE field tests on over 1,381 sites.

From my previous post about this topic, “Currently, there are at least 27 schools in the state of Hawaii within a mile of large-scale agricultural operations known to use high-volumes of restricted used pesticides. The keiki attending these schools every day must face the risk of exposure to these chemicals through pesticide drift,” HFCS explains. Hawaii has also seen a spike in birth defects that is potentially linked to exposure to agricultural chemicals.

The large chemical companies spend a lot of money in the state to support GM crops– with Monsanto being the biggest spender of them all–  so any support for the organic community is a great initiative for the state to take on. In a 2014 article from Grist, the chair of Common Cause Hawaii, Barbara Polk was quoted as saying, “The influx of big money and threat of unlimited ‘independent expenditures’ have resulted in politicians statewide increasingly placing the interests of corporations over the interests of citizens.”

It seems to me that this organic tax break serves two main purposes. Firstly, to show legislative support for a healthier, more sustainable food future for Hawaii. And secondly, it serves as a huge counterbalance to the heavyweight corporations who currently dominate agriculture in Hawaii.

I’m looking forward to seeing many more organic farmers at my local market in the next year!