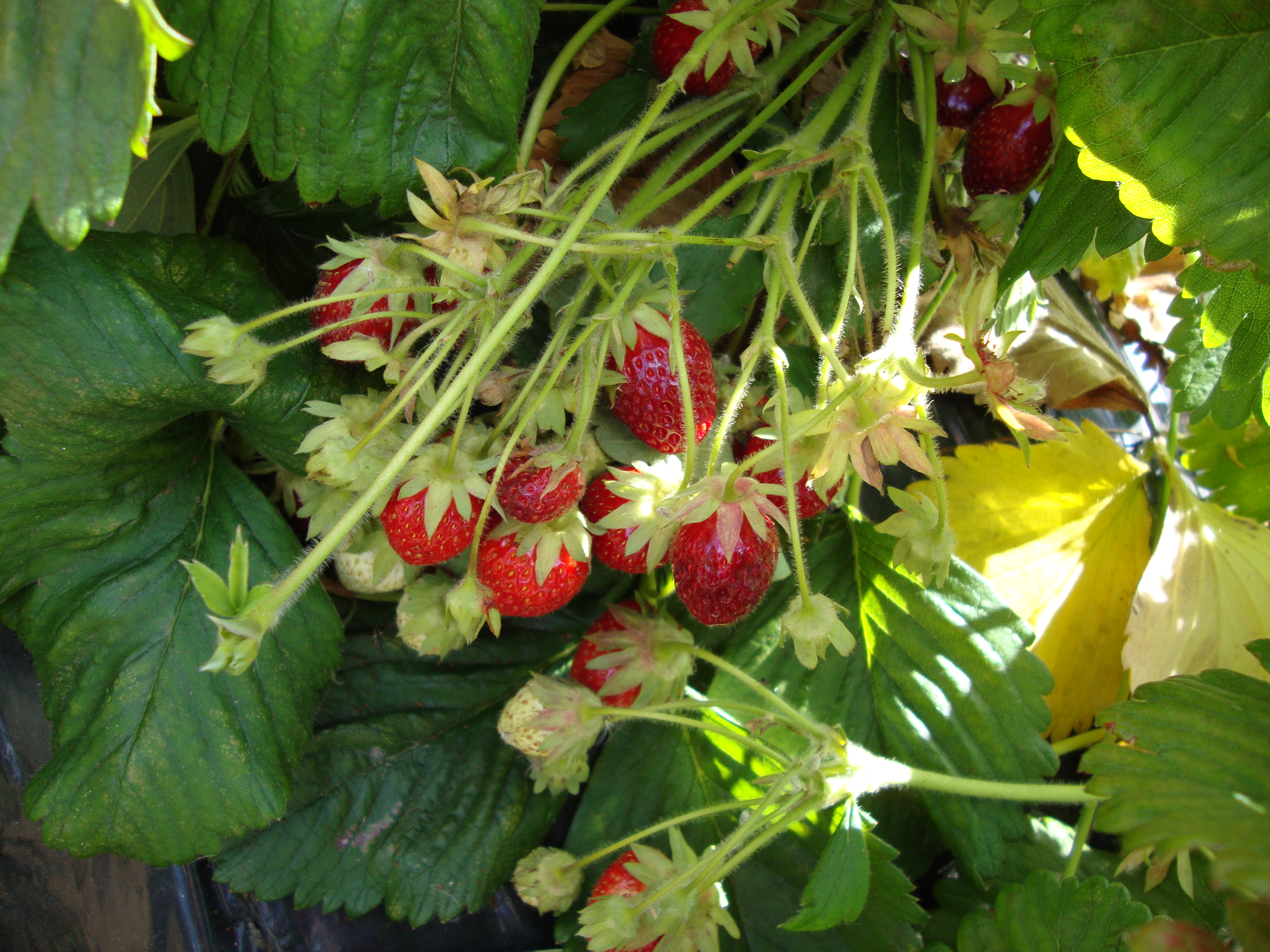 If you’ve experienced the pleasure of biting into a ripe organic strawberry, you don’t need scientific research to tell you that organic strawberries taste better than their conventionally-grown cousins.

At the store, the organic strawberries always look mouth-wateringly delicious and red.  They are an appropriate size compared to some of the un-natural looking conventional monster “strawzillas” that take up half the punnet and end up tasting like paper.

Maybe you don’t need the research, but now it is there if you want it to justify their slightly higher price tag.  The research also shows that the fruit from organic strawberry farms is more nutritious, it leaves the soil healthier and it has less environmental impact than conventionally-grown strawberries.

What exactly are organic foods?

Organic foods are grown without conventional chemical fertilizers, pesticides, herbicides or fungicides.  Natural animal waste fertilizers may be used to enrich the nutrient content of the soil, but sewage sludge, which may contain heavy metals and other toxins, is never used.

Organic foods are never genetically modified, and if animal waste-based fertilizers are used, those animals must never have been given antibiotics and growth hormones, like most livestock are.

Conventionally-grown strawberries are one of the most pesticide-laden fruits.  Studies have shown that pesticides may be linked to a variety of modern health issues such as cancer, obesity and neurological effects.  Millions of agricultural workers each year are poisoned by pesticides, and thousands die from it.  Pesticides also cause problems for wildlife when they are left behind in the soil and run off into the water system.

It is desirable to decrease people’s and the environment’s exposure to pesticides, and a good way to do this is by eating organic food.  The problem is that the current food supply network is entirely structured around conventionally-grown foods.  This makes conventionally-grown foods much cheaper than organic foods, and for some families, eating even a partially organic diet is out of the question.

There are far too many economical and political issues that go into food as well.  It is quite clear that large agricultural companies have no intention on letting organic farming take over, as there is a lot of money to be made on chemicals for agriculture.  Powerful people from these companies are even part of the US government.

It can be argued that conventional farming gives a more stable food supply, since most external factors like disease and pests are exterminated at the site of the crops, so governments may be leery of steering away from conventional techniques.  This is possibly a valid point in a tunnel-vision sense, but the overall impact of decades of conventional farming may be far more devastating than a summer’s worth of tomato rot.

The strawberry study lead by John Reganold, a soil scientist from Washington State University, is one of the most comprehensive studies of its kind.  Thirty-one chemical properties of the three varieties of strawberries and the soil they were grown in were analyzed in 13 organic and 13 non-organic commercial fields.

The main result from the study was that organic strawberries were overall equal or better to their conventional counterparts.

The soil where the organic strawberries were grown was shown to contain more nutrients after harvest.  In particular, the organic soil had dramatically more diverse genetic content than the conventional soil, meaning that the soil is more resilient.  Good, rich soil is important to growing healthy crops.

The best part about the study

However, none of the funding bodies had any role in design or analysis of the experiment, or in the publication of the results.  It is quite refreshing to have an unbiased experiment on food that is not funded and influenced by a corporation.