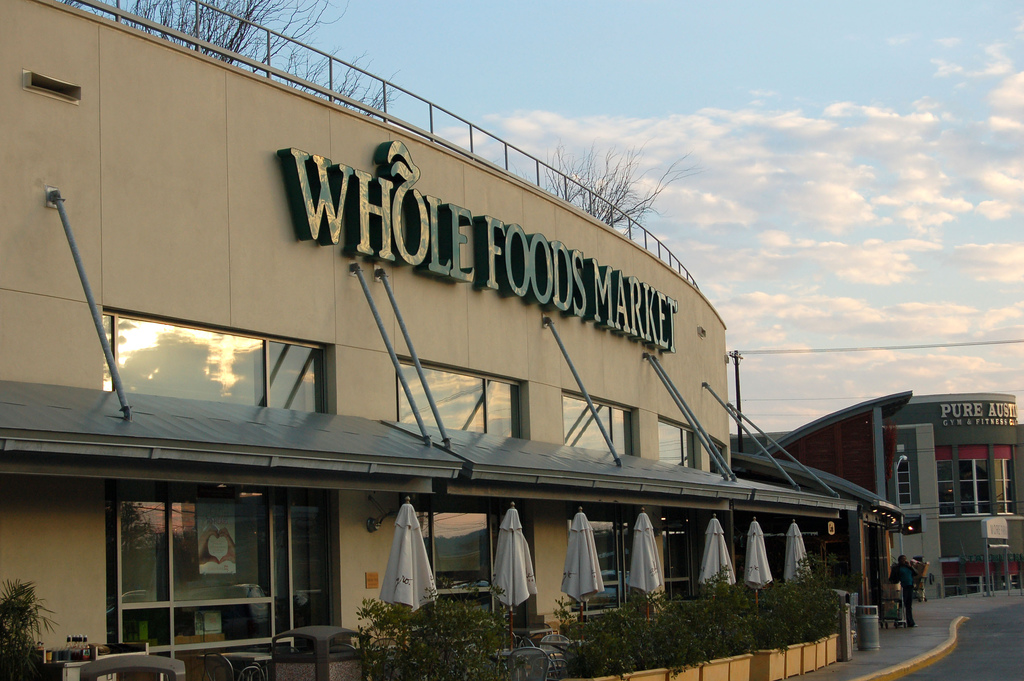 Update: The Huffington Post article discussed is from this time last year. However, the Whole Food blog post linked at the bottom, discussing these very issues is from Feb. 2, 2012. Carry on.

Sigh. In what reads like a soap operatic moment to organic watchers and mainstream blogs like Huffington Post, the “Organic Elite,” meaning Whole Foods Market, Organic Valley, and Stonyfield Farm, have betrayed their devoted followers and surrendered to Monsanto.

These companies have uttered the dagger-shaped words, said best by Ronnie Cummins, Director of the Organic Consumers Association:

They “no longer oppose the mass commercialization of GE crops, such as Monsanto’s controversial Roundup Ready alfalfa, and are prepared to sit down and cut a deal for ‘coexistence’ with Monsanto and USDA biotech cheerleader Tom Vilsack.”

Collective groan. What’s in it for Whole Foods (WFM)? In exchange for the “conditional deregulation” of Monsanto’s GE herbicide-resistant alfalfa, and potentially more crops to come, WFM wants “compensation.” What, like an organic mafia pay-off? WFM is hoping the USDA will regulate these biotech food crops rather than be the talking head for Monsanto. They also want Monsanto to pay farmers “for any losses related to the contamination of his crop.” WFM said in an email that they want “public oversight by the USDA rather than reliance on the biotechnology industry.”

GMOs do not require any sort of labeling or testing before they go to market. As Cummins pointed out, even federal judges have called this “oversight” a joke. But WFM stands its ground. “The policy set for GE alfalfa will most likely guide policies for other GE crops as well. True coexistence is a must.” We see what team you’re on. Expect for organic consumers’ dollars to seek out a trade.

However, on the Whole Foods blog, a customer inquiries representative says the media is getting it wrong. Amid other rumors that Whole Foods had been bought out by Monsanto, this employee decided to clear the air.

As long as GMO crops have been in this country, GMOs have been in the US food supply. The most effective action we can take now is to label the food that DOESN’T include GMOs. That’s why we’ve enrolled our 365 Everyday Value and 365 Organic product line in the Non-GMO Project Verification Program, and have encouraged our branded vendors to do the same – and many, many have.

Whole Foods Market and others in the organic food industry met with the US Secretary of Agriculture in support of farmers’ rights to grow Non-GMO crops. [Emphasis theirs]. Because we did not take the exact hard-line stance that the OCA did, they accused us of “being in bed with Monsanto,” and the rumor developed from there. Whole Foods Market has no ties to Monsanto and did not have any interaction with the company concerning this or any other issue. For a good description of what really happened, here’s a solid Washington Post story. You can also read our blog response from last year.

So, now that you know what Whole Foods’ stance is, read on for the full HuffPo piece, the implications for the future and just why there’s so much controversy over GMOs in the first place.

Image Credit, Creative Commons photo by That Other Paper