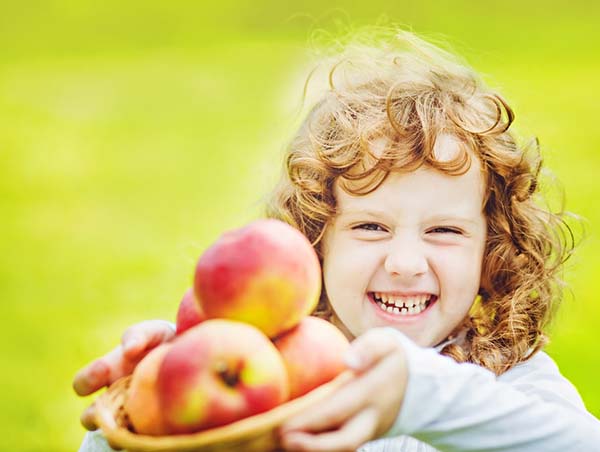 A new study confirmed what organic advocates have been saying for years: people who eat an organic diet have fewer toxic pesticides in our bodies.

“Is it organic?” sounds like such a snobby question, doesn’t it? You may as well be saying, “I turn up my nose at your lowly, conventional food.” But choosing to eat and organic diet isn’t about snobbery. It’s about health, as a new study published in the journal Environmental Health Perspectives confirms.

The study looked specifically at one type of pesticides: organophosphates (OPs). OPs have been getting a lot of attention lately for their impacts on pollinators, and these pesticides are bad news for human health as well. High concentrations of OPs cause nerve damage and a slew of other health problems. Usually that level of exposure comes from direct contact in the fields. This research raises the question of how food-based exposure impacts our health.

Researchers tracked dietary exposure to OPs in 4,466 participants and found that the more organic produce they ate, the fewer OPs were built up in their bodies. This is common sense, right? What the study shows, though, is that these chemicals hang out in our bodies, building up over time. This study was a first step to seeing how OPs impact consumer health.

In the meantime, lead study author Cynthia Curl encourages us to follow the precautionary principle. She explains that, “For most Americans, diet is the primary source of OP pesticide exposure. The study suggests that by eating organically grown versions of those foods highest in pesticide residues, we can make a measurable difference in the levels of pesticides in our bodies.”

The results aren’t the most interesting part of this study, though. What’s really ground-breaking is the method that Curl and her team used to collect their data. They were able to predict pesticide exposure based on questionnaire data, rather than biological samples. This is huge, says Curl, because, If we can predict pesticide exposure using dietary questionnaire data, then we may be able to understand the potential health effects of dietary exposure to pesticides without having to collect biological samples from people. That will allow research on organic food to be both less expensive and less invasive.”

This study paves the way for a true look at how dietary exposure to pesticides impacts our health.