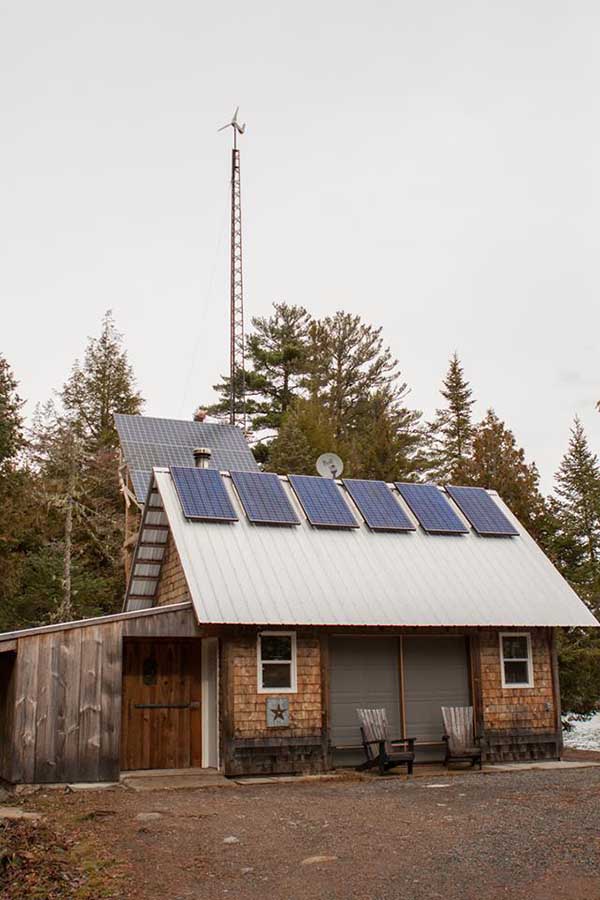 Randy and Denise Rowe have been living off the grid on the shores of Harvey Lake — southwest of Fredericton, New Brunswick for seven years. Their only source of electricity is from solar panels and a wind turbine.

There is not a single telephone or power pole within miles of their property. Their one concession is a propane tank to help them heat their house in winter. The Rowes have always wanted to start a brewery, but how to do that when you aren’t connected to the grid?

“There’s a challenge to doing this,” says head brewer Randy Rowe. “But the draw is just being here. It wasn’t necessarily to be ‘off-the-grid.’ We didn’t have a grid here, but we really liked the location.”

“It is wonderful,” adds Denise Rowe. “It is quiet. It is peaceful. I go for runs on our five kilometer driveway. We love it out here.”

Making quality beer several miles away from the nearest power pole presents challenges the average brewer never encounters, Randy says. “You can’t produce a lot of electricity without spending a lot of money so basically we have to do everything very energy efficiently. That’s how we’ve designed the brewery to be able to run on a fraction of what other places would use.”

To ensure consistency in their brews, Off Grid Ales does rely on a propane system for heating. But Randy Rowe says the clean energy generated on site from 18 solar panels and his wind turbine will be enough to power the rest of production.

“We produce around 12 to 15 kilowatts on an average day,” said Randy. “And we’ve got a battery backup system that holds about 20 kilowatts. It’s nice to be able to live here and brew and not have a power bill. It will be virtually nothing.”

The couple plan to have four different beers, including a red and a double IPA, on store shelves this fall. Denise Rowe says living and brewing on the lake is a dream come true, but the taste testing is a added and welcome bonus.

The Rowes are proof that entrepreneurship and renewable energy can lead to a successful business model.

Republished with permission from Ecopreneurist; image via Off Grid Ales Facebook page.