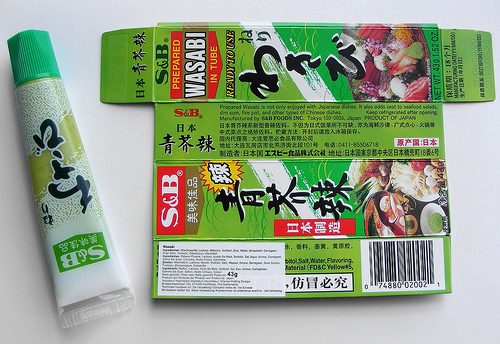 Snacks and dining out were actually the hardest part of getting started with the October Unprocessed and non-GMO month challenge.

In a typical week, my family will eat out twice, maybe three times a week. We mostly cook at home. It’s cheaper and involves less effort than going out.

Getting everyone out the door, in the car, and to the restaurant takes time, plus the wait at the restaurant. If we go somewhere with a drive-thru, it eliminates the wait and I can drive there myself, but it still takes longer than cooking.

Even so, I enjoy someone else cooking and cleaning. No dirty dishes at the end of a meal is nice. Trying menu items I’ve never tried before is always fun.

Finding local restaurants that offer unprocessed foods involved a lot of going online and poring over their ingredients list. Some places fared better than others.  Most fast food places (McDonald’s, Wendy’s, Popeye’s, etc.) had nothing, except for the occasional salad, which had to be picked through and eaten without dressing.

Boston Market – turkey breast was the only menu item that passed both the unprocessed test and the non-GMO test. For many of the vegetables, it was the “butter blend” that did them in. On the other hand, how cool is it that Boston Market lists every ingredient in their food? I wish more restaurants would do that.

Chipotle – Since I get to make my own burrito bowl there, I can choose the foods that fit the challenge. I haven’t eaten there this month, but there’s still time.

Local restaurants – While chain restaurants get their ingredients from a central supplier, necessitating foods with longer shelf lives and therefore more chemical additives, the smaller, independent restaurants sometimes don’t. Many do, but I checked with the little Chinese restaurant, the Thai restaurant, and the Italian place. It takes some research, but once I know which ones I can eat at, it’s not hard at all.

Sushi – Sushi is just rice and vinegar and then other stuff is added. Sticking to fish and nori and some vegetables and avoiding the fancier, sauce-laden rolls kept me within the limits of the challenge. I skipped the wasabi, which is not really wasabi, but horseradish, mustard, and food coloring (and sometimes other stuff, too). The food coloring made the wasabi off-limits.

Salads – Oddly enough, not all salads make it. It’s rare that a fast food salad doesn’t contain cheese that isn’t actually cheese, but a pasteurized, process cheese food product. Those need chemical stabilizers that I can’t reproduce in my kitchen. I haven’t found a commercial salad dressing that fits within this challenge’s guidelines. It’s easy enough to make at home, but I’m not one to bring my own food to a restaurant.

Well, I started out listing restaurants and ended up with food items. That’s the way it’s mostly been – me picking through the menu carefully. I had more luck with the mom-and-pop restaurants. It sounds like a pain, but it’s not. Getting started is the hardest part. Now I know lots of foods I can eat when I dine out.