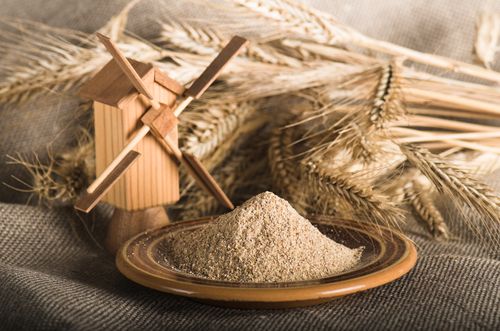 On the very first day of October Unprocessed, I said I would bake my own bread this month. At first, I wondered if I had bitten off more than I could chew, but I think I’ve managed to get the hang of this.

As a baker, I rate myself as somewhere between novice and intermediate. I’ve done a bit of baking in my life and I’ve even come up with my own preferred recipes for some baked goods, but mostly, I purchase already prepared baked goods. I’ve never baked as often as I have these last two weeks.

Why Make My Own Bread?

However, while some things were cheaper, some things were more expensive. Bread was one of the things that cost more when I limited myself to unprocessed items. Bread without the processed ingredients tends to be made in smaller bakeries and cost a little more. Not a whole lot more, but staying within a budget is important and a few dollars a week can add up.

And that’s the story of why I decided to bake my own bread for a month. Once I made the decision, I started second-guessing myself. Could I do it?

Getting the Timing Right

The first problem I came across was my timing. I kept getting up to fix dinner and realizing that I should have started the bread long before. The first time I did that, I just made some pasta to go with the meal. The second time, I made tortillas. The third time, I knew I needed something quick or we would be eating pasta or tortillas every night.

Flipping through my recipes, I found a quick yeast bread recipe that I used in college. It’s a basic white bread that takes about an hour to prepare, start to finish.  The crust is fairly soft, though not as soft as the bread in the grocery store.  It will last several days before going stale.

Flour and wheat image via Shutterstock