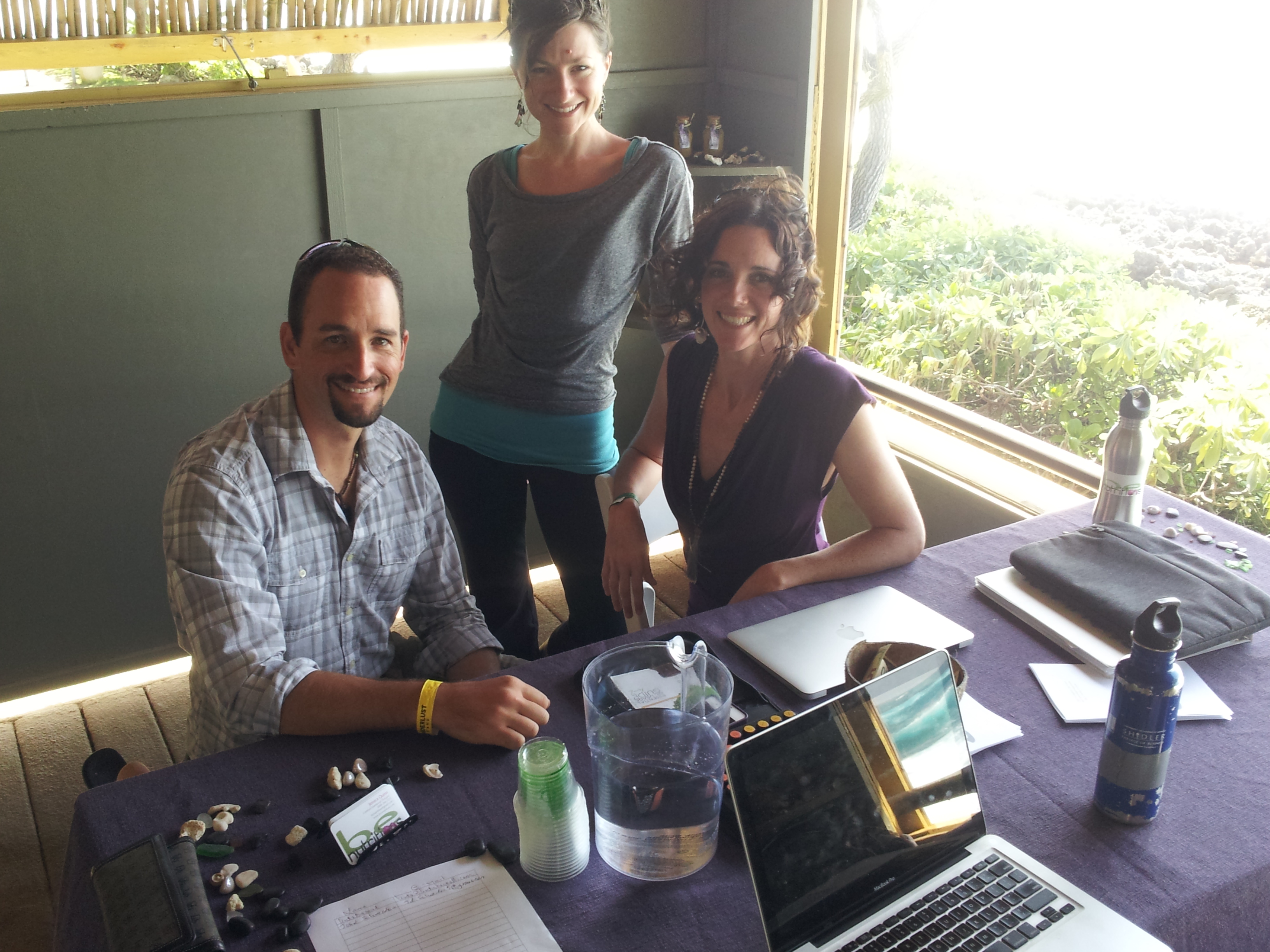 Her mission is to share knowledge of the medicinal qualities of foods and herbs that create the foundation for a healthy, fulfilled life. Recently, we sat down with Jessica Quinn, Certified Nutritional Therapist, to talk about food, her clientele, changes in food culture, and common sense approaches to holistic health.

Scott Cooney: How did you get your start as a Certified Nutritional Therapist?

Jessica Quinn: I was a teacher to Special Needs Children on Maui, and saw the nutritional deficiencies they had. That lead me to study and assist a Chinese medicine doctor, where I started my path in nutrition.

SC: You’ve been giving nutritional consultations all weekend long to yogis at the Wanderlust Oahu festival. Isn’t that kind of like preaching to the converted?

JQ: We can never assume that everyone coming in was already eating really well, even a crew of yogis.

SC: That’s really surprising. What do people mostly ask about?

JQ: Many [Wanderlust Oahu attendees] just want to know more about nutrition. Most folks coming in have had questions about inflammation and stress, as well as skin issues.

SC: So what do you suggest when people ask about these things?

JQ: Usually the symptom is inflammation in one form or another–it can express itself as digestive challenges, bloating, pain, headaches, migraines, redness, rashes, etc. I ask them about their diets in 20-30 minute consultations. Commonly there are reactions to dairy, wheat, meat, GMOs, and sugar.

SC: So just by talking through what they like to eat, you’re able to get an idea of what might be causing a reaction of some sort within the person. Interesting you mention GMOs, since the industry swears up and down that there’s no difference from a GMO product to its natural equivalent. What have you seen?

JQ: Mostly it’s a brand name I recognize to be a GMO product. So I suggest, among other things, that perhaps the person cut that product out and I suggest a healthier replacement. Then the client and I keep in touch and I monitor the results. I wouldn’t venture to say there’s a causal relationship based on the limited sample size and lots of confounding variables, but it seems to work. I see vast improvements in the inflammation symptoms, and, better safe than sorry, right?

SC: What are the main principles you try to give everyone?

JQ: I’m mostly focusing on alkalizing the blood, the idea behind food combining, in order so that the proteins are digested properly, as well as antioxidants, anti-imflammatories, etc. In addition, what works best working with the person, wherever they are. I have clients who come to me and say, “I drink 4 bottles of wine per night.” or “I will not give up meat.” I work with these folks to take baby steps, like incorporating some rosemary to their favorite traditional dishes first.

SC: OK, so if I come to you and say, “I drink a lot of beer. I mean a lot.” I mean, just hypothetically, for the sake of argument, you know…

JQ: Well, hypothetically speaking, I’d tell you to think about alkalinity. When your blood pH is veering acidic because you, uh, I mean someone, drinks too much beer from time to time, it can open the door to disease, inflammation, and discomfort. The best pH level is 7.35 to 7.5, at which point disease cannot flourish. Stress contributes to blood acidity, but not the stress that most people think of. Stress in the pH balance comes from your body being stressed by fighting off pesticides, hormone residues, GMO foods and foods from which many people have some sort of allergic response. So I’d suggest for people to build up their alkalinity throughout the day if they know they’re going to do something that causes acidity later that night. Start the day with a nice superfood smoothie. Drink a little apple cider vinegar in water at some point in the day.

Second, look at food combinations. In terms of food combining, the most common place that acupuncturists insert needles is stomach 36, as a result of the stomach being unable to digest proteins. When starchy carbohydrates (like potatoes) get into the stomach, they can absorb all the hydrochloric acid that is supposed to break down proteins. This is what happens when people feel really bloated. It’s because food has triggered your stomach to start releasing hydrochloric acid, but that acid can’t do its job well because it gets absorbed by other foods that are not well combined.

Last, don’t drink a ton of fluids with your meals. It’ll flush away your hydrochloric acid and dilute your ability to digest. A tea with ginger and turmeric might be helpful to stimulate digestion after a meal, but try to space out the eating from the drinking so your stomach can do its job.

SC: Thanks! Super helpful. How can folks get in touch if they want to get help?

JQ: I do consultations via Skype and phone and have an online forum on my website, Be-nutritious.com.