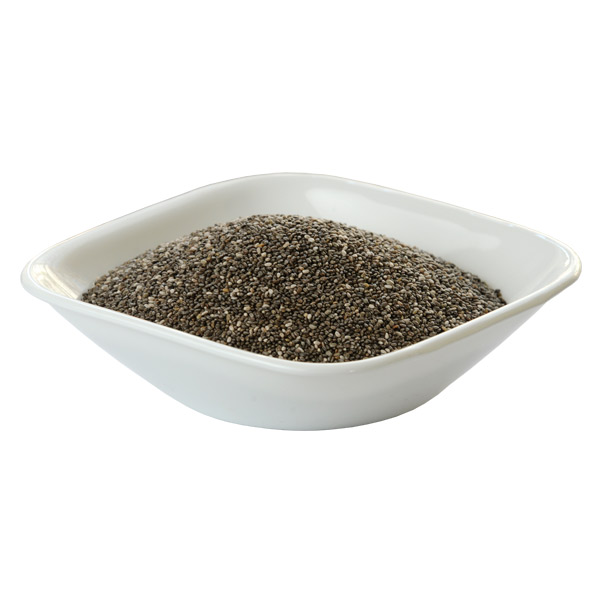 Navitas Naturals, a California-based organic and fair-trade food company, is working to change that image. Chia is actually an ancient seed with nutritional similarities to flax seed — and a higher quantity of omega fatty acids than salmon. Until recently, finding organic chia in the United States was nearly impossible. But recently, Navitas Naturals  released the United States’ first certified organic chia seed. While you might not instantly jump at the opportunity to eat something called chia, you should know that this annual herb in the mint family has been cultivated in Mexico as a food source for a long, long time.  The southern state of Chiapas owes its name to the plant, and in Pre-Columbian times, the Mayan, Aztec, and Inca civilizations prized the Salvia Hispanica seeds as a powerful food. In fact, the word chia comes from a Mayan word meaning “power”.

Like the seeds from flax plants, chia seeds are also rich in in omega-3 and omega-6 fatty acids.  But unlike flax seeds, which quickly become rancid, the oils in chia seeds are much more resilient and retain their qualities for a longer period of time. Flax seeds are often ground before eating; however, chia seeds are easily digestible in their whole state. Compared to flax, chia contains a higher quantity of fiber — 7 grams per serving as opposed to just 3 grams in a similar serving of flax seed.

Traditionally, chia was roasted, ground, and mixed with liquid to form a porridge-like paste called pinole.  Today in many Latin American cultures, the seed is still stirred into juice to form a chia fresca, which according to some has a similar consistency to Bubble Tea.

Chia’s high-fiber content allows it to bond easily to water, so both the seeds and the powder can be transformed into a gel-like substance.  But what does this mean for the modern cook?  The chia gel serves as a fantastic thickening agent that can easily be incorporated into recipes. Studies show that the enzymatic reaction that occurs during the gelling process serves to regulate blood sugar by slowing the absorption of carbohydrates.

Of course, chia –which is naturally gluten-free– can be enjoyed raw as well.  Navitas Naturals’ vegan, kosher, sustainably-harvested chia is available in  both whole chia seed and sprouted chia powder  varieties.  The company’s website also offers a tasty array of chia recipes such as “Un-Jam Bread Spread” and “Raw Cashew-Chia Milk“.

Have more ways to enjoy the health benefits of chia? Share them in the comments below.