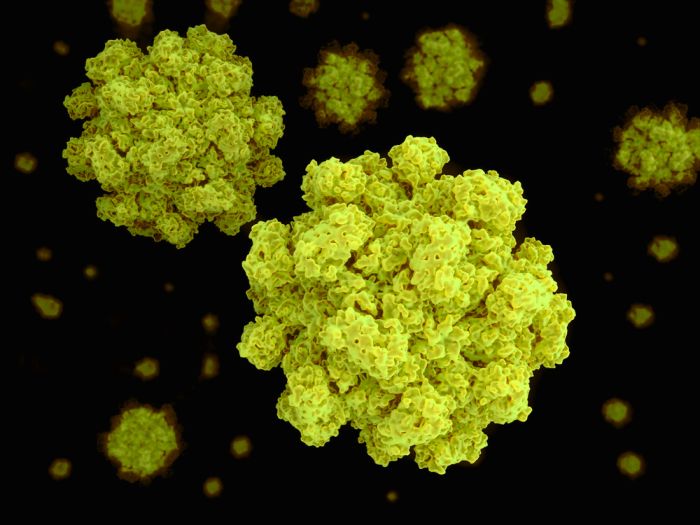 An outbreak of norovirus aboard a Royal Caribbean cruise ship has sickened more than three hundred people.

So far, 281 passengers and 22 crew members out of 4,215 people aboard the Explorer of the Seas have become infected. The ship was on a ten-day cruise from Cape Liberty, New Jersey to St. Maarten in the Caribbean when a large number of reports of illness caused the ship to stop in San Juan, Puerto Rico for a thorough cleaning of the ship.  Most people are responding well to over the counter medications being given out on the ship.

Cruise ships are prime locations for the development of outbreaks, since there are so many people in a fairly small place. However, norovirus can spread easily anywhere there are lots of people close together, such as a restaurant, hospital, or office.

Norovirus is a virus that causes nausea and forceful vomiting, explosive diarrhea, and abdominal pain. In addition, feeling tired, weak, and achy, and having headaches, coughs, and low fever is not uncommon.

Symptoms appear 24-48 hours after exposure to the virus. The infection can last up to three days after onset of symptoms. Most people are able to overcome the illness without medical help, although treatment for dehydration is important. The people most at risk for complications from norovirus are the very young, the elderly, and those with weakened immune systems.

Worldwide estimates of illness with norovirus are around 267 million annually. About 200,000 people die from norovirus each year; most of those deaths are in developing countries. In the United States, about three hundred people die each year from norovirus infection.

Norovirus is spread through contaminated food, water, and air. Air? Yeah, it’s pretty hard to avoid becoming infected if you’re near someone who is sick with norovirus. Fortunately, norovirus can be killed by chlorine-based cleaners and heat. Washing hands with soap and water reduces transmission. Interestingly, hand sanitizers are less effective against norovirus transmission than washing with ordinary soap and water.

The virus can live on hard surfaces for several weeks, depending on environmental conditions, and up to twelve days on fabrics, so thorough and careful cleaning is important when caring for infected people.

While it’s difficult to avoid becoming infected with norovirus – the symptoms come on suddenly in infected persons – once an outbreak is apparent, some actions can help.