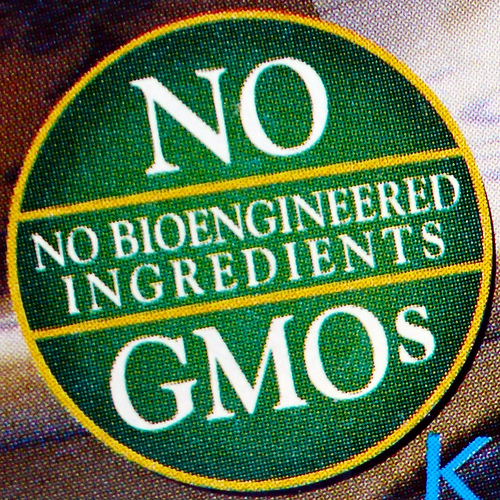 Heather mentioned on Saturday that October is Non-GMO month and she has pledged to not eat GMOs (or processed foods) for the whole month. Good luck to you, Heather!

The Organic Consumers Association (OCA) is participating in Non-GMO month too, of course. It had a great intro to the month, that first starts with some highlights (and lowlights) of the year so far and then predicts how October is going to change things up. Here’s its “special alert” on Non-GMO month:

2011
– The year Monsanto added sweetcorn, sugar beets and alfalfa to the list of GMO crops that already included field corn, cotton, canola, soy, and papaya – without regulations to protect organic farmers from contamination and no labels to respect consumers’ right to know.
– The year Monsanto couldn’t hide its failure any longer, as its GMO crops toppled over and were strangled in the fields, attacked by the very insects and weeds they were genetically engineered to resist.

October 2011
– When the non-GMO movement in the US got reenergized, reorganized and started a new strategy to win!

October 2011 is Non-GMO Month, and we can make it the biggest month of action this issue has ever seen in this country. What can you do to make that happen?

Would you collect a thousand signatures? Would you walk from New York City to the White House? Would you join a Millions Against Monsanto Rally for the Right to Know on World Food Day?

What would you do to win our right to know about genetically engineered food?

And, I imagine to coincide with the month, Food & Water Watch has just published a report on the false claims, history, and problems of GMOs. The summary of it is that while U.S. agribusiness and policymakers have jumped on GMOs as a solution to the global food crisis, global environmental crises, and a growing population, GMOs have not lived up to their so-called “promise” and come with numerous health, environmental, and ethical concerns.

I’ve written on the fact that GMOs have been linked to organ disruption in 13 scientific studies, and we have written about the concerns of GMOs numerous times here on Eat Drink Better. One of the most important points, in my opinion, is this one by world-leading geneticist David Suzuki:

But beyond not testing GMOs enough prior to cultivating them on a massive scale, it’s clear that GM crops come with a host of problems and are yet to fulfill their supposed promise in helping increase crop yields and fight global hunger in an environmentally friendly way. In fact, their failures have been a stimulus for the suicides of about a quarter of a million Indian farmers, farmers duped into going GMO by agribusinesses like Monsanto.

Here’s more from Food & Water Watch’s summary of the problems of U.S. GMO policy and GMOs (note that genetically modified organisms, or GMOs, are also refered too as genetically engineered, or GE, organisms/crops/food):

… a lack of responsibility, collaboration or organization from three U.S. federal agencies — the Food & Drug Administration (FDA), U.S. Department of Agriculture (USDA), and Environmental Protection Agency (EPA) — has put human and environmental health at risk through inadequate review of genetically engineered (GE) foods, a lack of post-market oversight that has led to various cases of unintentional food contamination and to a failure to require labeling of these foods. Organic farming, which does not allow the use of GE, has been shown to be safer and more effective than using modified seed. Moreover, public opinion surveys indicate that people prefer food that has not been manipulated or at least want to know whether food has been modified.

Yes, this is why October is “Non-GMO month” and you should get involved.

Again, the OCA has listed a number of things you can get involved in above. CREDO also has a good petition up right now pushing grocery store CEOs to refuse Monsanto’s new GM sweet corn that you can sign!

And you can download Food & Water Watch’s new GMO report from its site.

Some rights reserved by Timothy Valentine