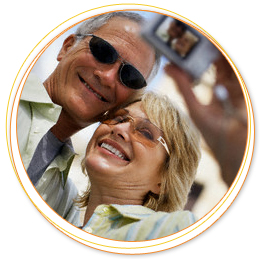 This post is an anti-climactic one. It talks about what a herb that was thought so far to have a certain effect, does not actually have that effect. While not the most encouraging, if you were a Ginkgo biloba fan, the importance of such a finding remains because at least it won’t mislead people into thinking they are helping themselves when helping themselves to the supplement.

For a few years now, the media including the New York Times and even the National Institute of Health fact-sheets have been talking about scientific studies which established a link between Ginkgo and memory enhancement and dementia.

As per a new study, published in February 2008 in an online issue of Neurology, intake of Ginkgo had no clear benefit on the risk of developing memory problems.

The three-year study involved 118 people of age 85 and older with no memory problems. Half of the participants were given Ginkg biloba extract three times a day and half took a placebo. Although there was a pattern that favored Ginkgo, the difference between those who took Ginkgo versus the placebo was not significant enough for the effects of the supplement to actually bring about a meaningful difference.

In a Science News article, study author Dr.Hiroko Dodge, of the Department of Public Health and Centre for Healthy Aging Research at Oregon State University in Corvallis said that he observed bleeding-related complications in patients, but the strokes were due to blood clots, not excessive bleeding, and were generally not severe anyway.

Dodge recommended that the surprising effects of Ginkgo need to be further clarified with larger studies, but the findings are interesting because Ginkgo is already widely used, readily available, and relatively inexpensive.

Addressing another major modern concern, he added that the proportion of elderly people living alone with dementia was on the rise and supplements that delayed this process would be important. At present, Dodge and his team cannot say if ginkgo has any benefits in preventing cognitive decline and whether it is safe.

The rise in the population of the elderly raises interesting questions in itself like whether prolonging life, when individuals are dependent and uncared for is worth it. According to the NIH website, research into the diseases of aging like Alzheimer’s disease are amongst the areas that most of the institute’s funding is spent on.