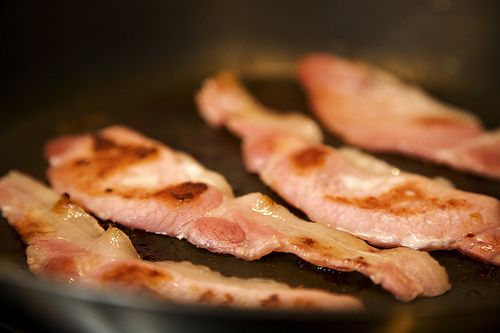 Organic, free-range, or factory farmed—according to a new study conducted by UC San Diego’s School of Medicine, all red meat and milk spurs the growth of cancerous tumors.

As it turns out, that molecule is found solely in animal-based food products like dairy and red meat. Perhaps PETA was right to suggest meat-eaters deserve higher insurance premiums.

The research, performed on mice, also found that anti-inflammatory drugs could halt the growth caused by Neu5Gc and even shrink the tumors slightly.

“Taken together, our data indicate that chronic inflammation results from interaction of Neu5Gc accumulated in our bodies from eating red meat with the antibodies that circulate as an immune response to this non-human molecule – and this may contribute to cancer risk,” said Varki.

The study, funded in part by a grant from the National Cancer Institute, lends credence to research found in T. Colin Campbell’s The China Study which claim that milk and animal proteins cause cancer cell growth.