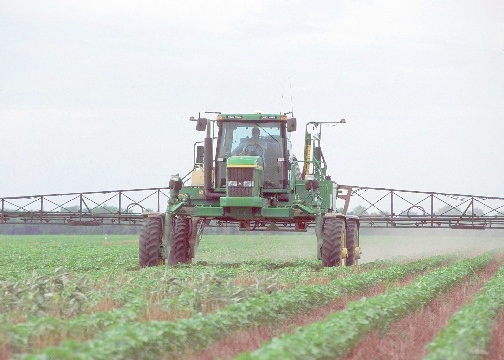 The biotechnology industry has long and loudly pumped out the hype (it’s right there on Monsanto’s website — so surely it’s true!) claiming that GMO agriculture reduces herbicide and pesticide use. Benbrook questioned the veracity of that claim, and analysed the data — and he found a very different conclusion.

As a research professor at Washington State University, Dr. Benbrook focuses on “developing science-based systems for evaluating the public health, environmental, and economic impacts of changes in agricultural systems, biotechology, and policy,” as well as extensive work on pesticide use and risk assessment.

According to an October 1 release, Washington State University summarized Benbrook’s findings as follows:

Herbicide-tolerant crops worked extremely well in the first few years of use, Benbrook’s analysis shows, but over-reliance may have led to shifts in weed communities and the spread of resistant weeds that force farmers to increase herbicide application rates (especially glyphosate), spray more often, and add new herbicides that work through an alternate mode of action into their spray programs.

Quoted from the study’s Summary of Major Findings and Definitions of Important Terms:

Herbicide-tolerant and Bt-transgenic crops now dominant U.S. agriculture, accounting for about one in every two acres of harvested cropland, and around 95% of soybean and cotton acres, and over 85% of corn acres.

Over the first six years of commercial use (1996-2001), HT and Bt crops reduced pesticide use by 31 million pounds, or by about 2%, compared to what it likely would have been in the absence of GE crops.

The annual per acre reduction in insecticide use on acres planted to Bt corn and cotton has trended downward since 1996, because of the shift toward lower-dose insecticides and the expansion of Bt corn onto acres that would not likely be treated with an insecticide.

The relatively recent emergence and spread of insect populations resistant to the Bt toxins expressed in Bt corn and cotton has started to increase insecticide use, and will continue to do so in response to recommendations from entomologists to preserve the efficacy of Bt technology by applying insecticides previously displaced by the planting of Bt crops.

Herbicide-tolerant crops worked extremely well in the first few years of use, but over-reliance led to shifts in weed communities and the emergence of resistant weeds that have, together, forced farmers to incrementally –

Each of these responses has, and will continue to contribute to the steady rise in the volume of herbicides applied per acre of HT corn, cotton, and soybeans.

There are now two-dozen weeds resistant to glyphosate, the major herbicide used on HT crops, and many of these are spreading rapidly. Millions of acres are infested with more than one glyphosate-resistant weed. The presence of resistant weeds drives up herbicide use by 25% to 50%, and increases farmer-weed control costs by at least as much.

So Are You Shocked or What?!

This latest round of evidence that Roundup resistant ‘superweeds‘ and Bt-resistant pests lead to increased herbicide and pesticide use will profoundly fail to shock most readers familiar with trends in biotechnology-driven agriculture. The USDA recently fast-tracked the approval process for several stacked-resistance GMO crops, aimed at mitigating this very problem. Earlier this year, researchers alarmed by emergent Bt-resistant corn rootworms pointed out that

Naturally, those whose income depends on biotech bucks are scrambling to spin this latest data into a more industry-friendly picture. According to one article, pro-GMO researcher and industry advocate Steve Savage “viewed the extremely modest multi-year increase in the use of some pesticides—less toxic versions than ones used previously—as a sign of significant environmental progress.”

Uh huh. Progress. Got it!

I’m sure that environmental sustainability (not, for example, infinite corporate profit at any cost to farmers, consumers, or the environment) is the biotechnology industry’s very tippy-top priority — superweeds, pest resistance, escalating herbicide and pesticide use, and stacked resistance crops ensuring more of the same in a vicious cycle of escalating poison wars against our food crops … yep, that sounds pretty darned progressive!

Anyone know of a bridge I could buy, at a good cheap price?