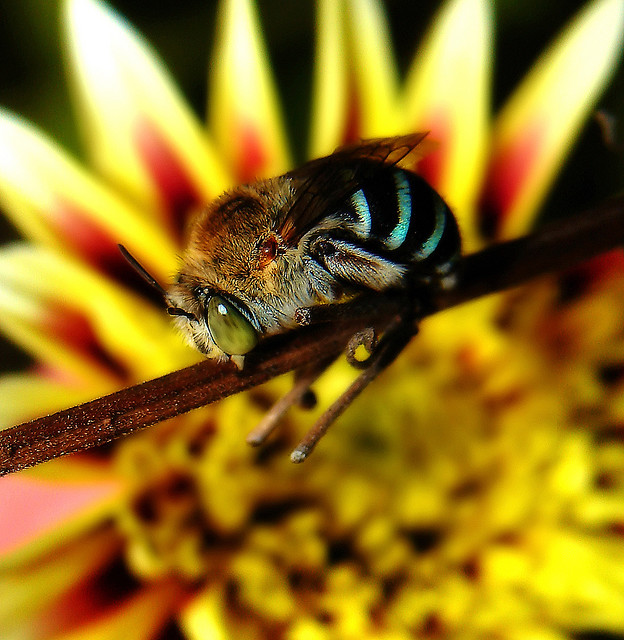 Colony collapse disorder (CCD) threatens the future of our food supply, and a new film looks to raise public awareness about CCD, what’s causing it, and what we can do to stop it.

Whether you eat honey or not, pollinators like honeybees are a critical part of what you eat. These little fellas do more than buzz around your backyard garden. Without bees to pollinate them, we’d be saying goodbye to around 67 percent of our food crops.

A small, independent studio is working on a film – A World Without Bees –  they hope will help put an end to CCD through education and a strong call to action. Check out the trailer right here:

We’ve talked here before about the toxic pesticides that are the culprits behind CCD. Scientists have known that neonicotinoid pesticides are dangerous to wildlife for a long time, but we have yet to see any political action to protect our pollinators and our food supply. The trouble is, the pesticide lobby has big bucks, and there isn’t enough pressure from the general public to get lawmakers to act. The filmmakers at Ample Earth want to change that with an animated film about CCD.

The problem with making an ambitious, powerful animated film is that it takes resources to put it together. Ample Earth is looking for help through crowdfunding site Start Some Good. Like they mention in the video, they’re trying to raise $15,000 for A World Without Bees, which means any amount that you can throw at the project to get them closer to the goal is a huge help!

$15,000 is the minimum that they need, but if Matt and Harry at Ample Earth can raise $50,000 they can have a healthy marketing budget to do an even better job educating people and calling folks to action.

If you’d like to help support this film, head over to Start Some Good and make a donation to the filmmakers!