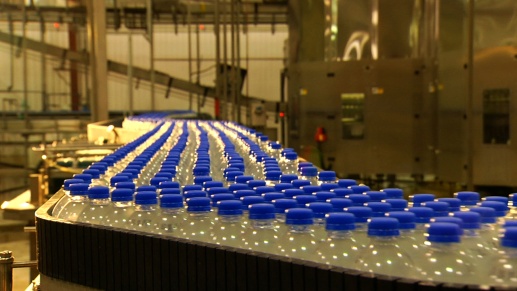 While watching the new documentary “Tapped” with some of my other Greenies, we glanced at each other when one of the water rights experts used a notable quote courtesy of Mark Twain, “Whiskey is for sipping and water is for fighting.” So true, and the fighting will only get worse at least if you believe the water wars that will soon steal the headlines from the oil wars. Twain’s words echo much of the sentiment for this interesting, informative and thought provoking new docu flick.

Directed by Stephanie Soechtig, the film deconstructs the various aspects of the bottled water industry. Tapped examines the role of the bottled water industry and its effects on our health, climate change, pollution, and our reliance on oil. Unlike oil which people think of as a commodity, water hasn’t truly hasn’t been considered a commodity until recently. Although water wars and rights have become big news in various countries, Tapped jumps into the fray and pulls no punches right here in the U.S. The film targets (among others) the big three bottled water companies (Nestle, Coke and Pepsi who declined to be interviewed for the film), the International Bottled Water Association, and the FDA.

Tapped leaps right into water rights war between Swiss owned Nestle (who owns various bottle water brands including Poland Springs and Arrowhead) and the town of Fryeburg, ME. The film shows compelling footage and as well as local interviews which show that Nestle stealthy bought the rights to land in an effort to suck all of the water supply from the ground that it can without the consent or payment to the public. The film captures footage of tanker trucks quietly rolling into town but instead of loading up with black gold, they fill up with blue gold (H2O). Soechtig creates more drama as she displays the protests and grassroots movement demonstrations while showing and discussing the Nestle tactics.

They say that oil and water don’t mix, but nothing could be further from the truth when considering the plastic water bottles. The film flows with information about the hazardous materials found in the petroleum based plastic water bottles. Most companies produce water bottles using BPA which as the film claims can causes cancer, brain disorders and diabetes among other diseases. Even though the FDA claims that small levels of BPA to be safe that approval is based upon two chemical company studies. We loved the footage of Senator John Kerry grilling an FDA employee about the lack of third party, independent studies that the FDA uses to determine the safety of various plastic water bottle ingredients.

Speaking of the FDA, the bottled water does not fall under FDA jurisdiction as far as water quality, and it’s horrifying to watch the FDA spokespeople (as well as the spokespeople from the International Bottled Water Association) refuse to answer or simple gloss over questions about various studies and quotes about the quality of the water and the containers. It’s pretty much a self regulated industry so caveat emptor to all bottled water drinkers.

The film also pulls a few heart strings when Soechtig interviews local residents in Corpus Christi who live next to the largest private manufacturer of plastic water bottles. The documentary makes a strong case that the manufacturer looms as a sort of plastic Three Mile Island for the local residents who deal with various diseases and defects because of their proximity.

Tapped surprises with info about the worldwide effects of plastic water bottles (i.e. the Great Pacific Garbage Patch is only one of five ocean plastic zones in the oceans) as well and lots of insider info from various experts and even an ex-FDA employee.  At some points the film becomes a bit repetitive as it encircles the same points but overall the film offers keen insight into the bottle water industry and leaves the companies making the bottles, sucking the water from the ground, and regulating the industry looking all wet.