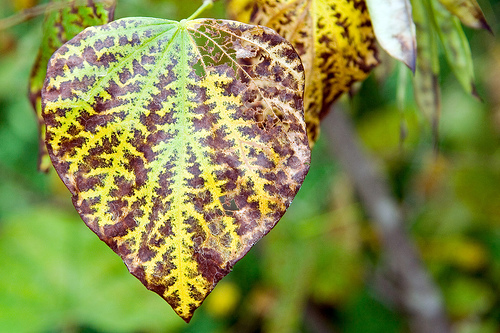 How can we detect plant diseases, halt the spread of pathogens and do a better job protecting our food supply resources? There’s an app for that!

The traditional way to detect plant diseases has been to physically collect samples, then ship them to a laboratory and wait for results. What’s the new way? It’s an application that works with an Android-based tablet or iPhone Touch, and it can identify harmful pathogens in less time than it would take you to watch an episode of SpongeBob SquarePants.

The technology was invented by scientists at Michigan State University and has been named Gene-Z. It is rapidly being prepared to hit the market. This project is no joke, and it could ultimately have profound effects in quicker treatment and stopping the spread of pathogens.

More specifically, the Gene-Z app can detect the presence of diseases in crops and plants. Developed by an environmental and civil engineering professor at MSU, Syed Hashsham, the application has already detected many new diseases, including one that recently devastated a cucumber crop. Gene-Z was first introduced and demonstrated in public at a Berkley, California conference of the National Plant Diagnostic Network.

Using the Gene-Z app is as easy as brushing your teeth. You swab for pathogens, transfer your sample onto a microfluidic chip, insert it in the device, and in less than 30 minutes the application will identify the pathogen, as well as its genotype and quantity.

We’ve already successfully proven Gene-Z’s capacity for quantifying cancer markers. With this application, we can speed the analysis of pathogens in plants, water and food with the ultimate goal of improving the safety and security of food supplies anywhere in the world.

Hopefully, this will translate to the decreased use of pesticides and a path towards more sustainable farm operations. Hashsham and others at MSU continue to push the product towards commercialization, so the typical farmer may soon be able to utilize it. The project itself was funded by a grant from AquaBioChip and the Michigan Economic Development Corporation. AquaBioChip is also involved in developing similar technology that will identify pathogens in water and air.

Hashsham wasn’t the only one involved in the development of the project. Also on the team was James Tiedje, a highly-regarded molecular genetics and microbiology professor, as well as a graduate student team led by Erdogan Gulari and Robert Stedtfeld. Gulari is a University of Michigan chemical engineering professor, and Stedtfeld is a postdoctoral researcher at MSU.

What could be better than technology that fits in the palm of your hand?