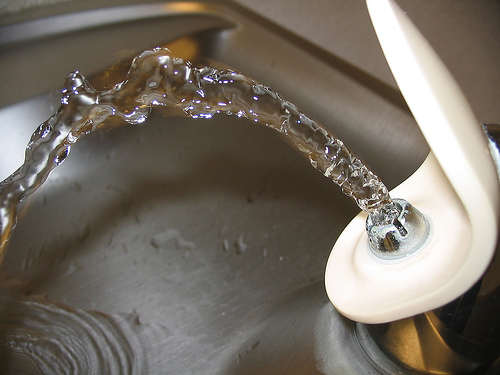 Want to ditch the bottled water but aren’t sure where to find free sources of H20? Yeah, there’s an app for that.

Late last month it was announced that Google and the Pacific Institute are teaming up to create a smartphone application that will allow users to share locations of public water fountains in an effort to combat bottled water consumption.

Dr. Peter Gleick, President of the Pacific Institute recently wrote an article for SF Gate in which he discussed the fact that public water fountains seem to be going the way of the dinosaur while vending machines hocking $2 bottles of water have popped up everywhere.

You can read more about the public drinking water app, “We Tap,” over at our sister site, Insteading!