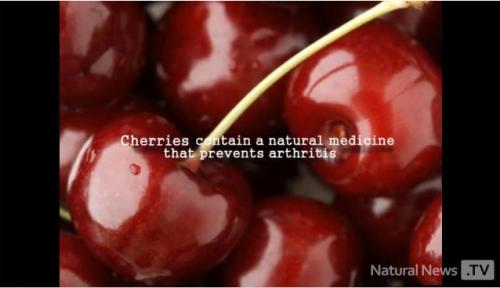 The short film “Ignorance Is Power” by Natural News visually illustrates food as medicine. And it addresses the problem that information about how food and drinks can be used as medicine is being interfered with by FDA censorship of nutritional science. I was raised on holistic medicine, so I understand the idea of food as medicine (I think I do, at least) and I believe in it. Food is our primary medicine in my mind (and water).

However, this video opens up some other issues as well, regarding piecemeal nutritional information….

My armchair guess on one of the main subjects the video is concerned with is that we have a society of people trying to replace nutrients missing from food with bottles of vitamins from the store. Is this how we are going to achieve health? I think not. We, as a culture, try to replace the depleted vitamins and minerals in our bodies because as “HealthRanger” says, “For every disease there is a nutrient that can prevent or cure it.” And we think if we just make sure to get that special vitamin (or 50) in pill form, we will be healthy.

One problem with this, however, is that even a good substance out of balance can aggravate or create a worse situation. For example, Vitamin D, which is important for the immune system, the skeletal system, etc., is also toxic in larger amounts, and can create imbalances, especially in infants, if given in too high amount in vitamin form. This is why physicians advocate that a jaundiced infant should simply be given adequate (but still small) amounts of sunlight, as curative, instead of supplementation of vitamin D.

Another problem is that a holistic understanding of nutrition has been lacking in many physician education programs. Modern practices have seen a very good move towards changing this, but it is still an issue you run into when you go to see a medical “expert” for various health problems. You go to get one issue addressed, are given an invasive medicine to address it, and develop another problem (maybe even more serious) from that invasive medicine… and so on.

The FDA is centered around this type of piecemeal medicine. However, the public seems to be waking up to the idea that we can live healthier lives overall by using food and drinks and balanced lifestyles as medicine more. Nonetheless, even with a push from some parts of the public, the FDA is still rather uninterested in this holistic system of healthcare… (too strong of ties to the current medical industry — that is, the medicine-for-profit industry — perhaps?)

So, at the moment, we have a sort of competition going on between a system based around common-sense, natural medicine and organic food that nourishes the whole human system and a system based around the use of more and more chemical or concentrated medicines that palliate but create more depletion in the body.

And I might say that even the good-intentioned store clerk at the local health food store advising one on which vitamin to buy could fall into that latter category at times. This clerk has probably not studied the whole human health system or practiced medicine clinically to insure synthesis of the advice he or she is giving. While some off-the-shelf medicines are essentially harmless, others are not if one goes overboard on them.

But while people try to focus more and more on what they eat than on addressing health problems with pills, the FDA is very reluctant to let this happen.

And, as one final note, I think our health problems are normally not actually about what we are missing anyway, but more about what and how much we are putting in our bodies. But that is a subject for another day….

Photo Credits: screenshot of Ignorance is Power; Darwin Bell via flickr under a CC license