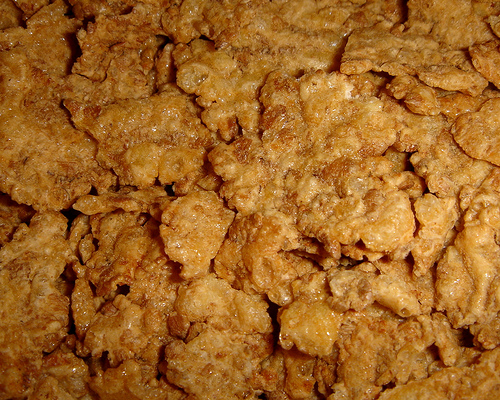 It seems like every day of the year is an official food holiday for something or other. Today, it’s National Cereal Day.

National Cereal Day honors the invention of corn flakes in the late 1800s by brothers William and John Kellogg. In a series of experiments to create foods for their vegetarian diet, the brothers found that grains cooked into a dough and pressed through rollers formed flakes.

The flakes were left plain at first because of the belief at the time that spiciness and sweetness contributed to bad behavior – the showing of emotions and the having of sex being the principal bad behaviors focused on at their sanitarium (a sort of health spa), but also greed and anger were thought to be provoked by various flavors of food.

The corn flakes were so popular at the sanitarium that the brothers decided to mass market the cereal. The Kellogg brothers were the founders of Kellogg’s, the megacorporation of today that sells a large variety of cereals and other foods.

What can you do with corn flakes, besides eat them with milk? Corn flakes add a nice crunch to anything you want to fry.

You can also crumble them up and use them as a topping to a casserole. Don’t put them under a broiler or they’ll catch fire. Not that I know anyone that’s happened to.

I use this to coat our oven fried chicken, but it can also be used to coat any patty that’s going to be fried or baked. The corn flakes don’t have to fresh; save those last crushed up bits at the bottom of the bag until you have enough.

Step 3 is optional.  Without step 3, this recipe takes about 1 hour, 15 minutes to complete.