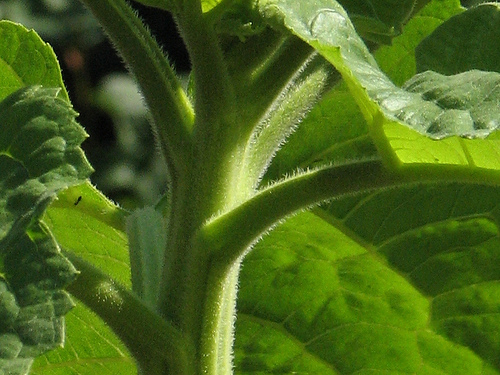 Researchers have found a plant with a genetic mutation that allows it to survive drought better without losing any mass.  This discovery could potentially lead to plants that are bred to survive in low-water conditions, perhaps reducing the amount of water used for agriculture.

Stomata and Water Use

If you recall from biology, plants have pores – or stomata – that they can open and close to regulate how much carbon dioxide they take in and how much water they release.  A plant would close it’s stomata during a drought to conserve water, which is essential to its survival; however, when a plant does this, the mass of the plant suffers.  So when crops are in drought conditions, they produce less food.

These mutated (don’t be afraid of the word mutation, it does not necessarily have a negative connotation here) plants were shown to close their stomata to reduce the amount of water released into the air, but the closed stomata did not affect the carbon dioxide uptake of the plant, allowing the plant to retain a normal mass.  In most plants, when the stomata are closed, the carbon dioxide intake is reduced, and thus the plant cannot grow properly.

The hope is that these findings will lead to more water efficient crops.