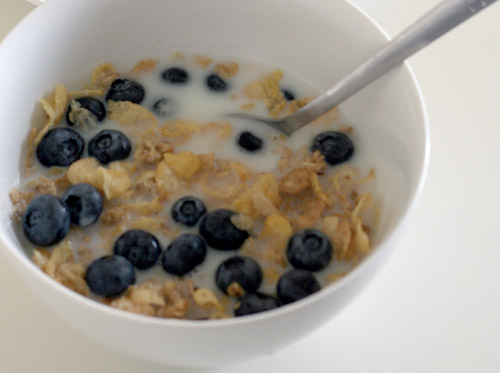 While GM ingredients are prohibited in certified organic food products such as cereals, “natural” products have no such requirements.

Many natural products use GM ingredients

Four natural cereal manufacturers issued statements saying that their products may contain GMOs. Malt-O-Meal, which manufactures Mom’s Best Cereals, said “many all-natural products use some genetically modified ingredients, particularly corn. We respect that some people object to GMO ingredients for a variety of reasons, and we’re continually researching and testing alternative ingredients that will make our cereals appealing to more people.”

Quaker Oats, which manufactures Mother’s Natural Cereals, said that because it buys bulk grains such as corn, soy, and canola “there is always a possibility that those grains may contain GMO material due to cross contact during manufacturing and transportation.”

Bear River Valley Natural Cereals issued a statement saying “We believe genetically engineered corn and soybeans are likely present in all of our finished products containing these grains.”

Kashi, which is owned by Kellogg’s, said that some of its foods “may contain GMOs.” Kashi also said that “many factors outside our control, such as pollen drift from nearby crops and current practices in agricultural storage, handling, and shipping, have led to an environment in North America where GMOs are not sufficiently controlled.”

With GM corn and soy acreage at record levels in the United States, it is challenging to find supplies of the two crops—especially corn—that don’t contain at least trace amounts of GMOs.

Another cereal manufacturer, Bear Naked, which makes granola from “100% pure and natural ingredients” didn’t want to say anything. They issued a statement through their public relations firm, saying: “Unfortunately Bear Naked is not able to comment on this topic at this time.”

>>Next: Non-GMO verification and regulating the “natural” label

Leave a Reply to The Coffee Maker Store Cancel reply