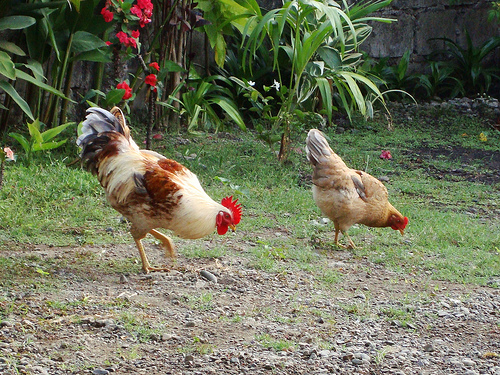 Cal-Maine has added another 1440 eggs to the recall. The eggs came from Ohio Fresh Eggs, which is owned by the same people responsible for the more than half billion eggs recalled in August of this year. The eggs have the potential to be infected with salmonella, so consumers are advised to return the eggs to the store where they were purchased.

When the FDA received the authority to proactively inspect egg-laying facilities this summer, some of the barns at Ohio Fresh Eggs were found to be infected with the salmonella organism. The eggs were no longer allowed to be sold as shell eggs (those eggs in the cartons at the grocery store), but they could still be pasteurized and processed, then sold to consumers. In other words, the barns remained in production, but the eggs were cleaned up before being sent out.

However, some of the eggs from the infected barn at Ohio Fresh Eggs were sent to Cal-Maine. Cal-Maine is the nation’s largest egg producer, but they also purchase eggs from other producers and distribute them under their own brands. None of the eggs produced by Cal-Maine have been included in the egg recall.

A spokesperson at Ohio Fresh Eggs says this is an isolated incident and they will redouble efforts to train workers “so that this situation is not repeated.”

Ohio officials call Jack DeCoster, owner of Wright County Egg and co-owner of Ohio Fresh Eggs, a “habitual violator” of environmental laws. In 2004, when Ohio Fresh Eggs was being started up as a company, Ohio officials had already determined they didn’t want more of his businesses in their state.

The permits for Ohio Fresh Eggs list two men who put up $10,000 each to start the farms. DeCoster is not listed on the permits, although he put $126 million into the startup. When Ohio officials found out about DeCoster’s involvement, they revoked the permits. An appeals panel overturned their decision.

And so here we are, with yet another egg recall.

Image by iandexter, used with a Creative Commons license.