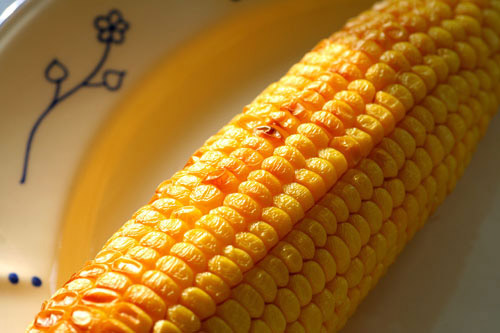 “It’s a crude solution to problems that need to be addressed at the root cause,” says Tom Stearns, president of Vermont-based High Mowing Seeds. “Monsanto and Syngenta scientists should focus in a different direction. They try to outsmart nature, but if we work with nature, we wouldn’t need technological solutions.”

Bryan Jones, co-owner of Arizona-based Organic Sweet Corn Nursery, fears that the proliferation of Bt corn, including sweet corn, will eliminate a valuable tool for organic farmers, a natural Bt spray that is an effective biological pest control. “It will create superbugs that will be resistant to Bt and render the natural Bt ineffective against those insects.”

Jones, who doesn’t even promote his corn as organic because of the contamination threat from GM corn, calls genetic engineering “a threat to the human race. We all need to push against this. We shouldn’t mess with the genetics of food crops.”

Americans won’t know that biotech companies are messing with the genetics of food crops, such as sweet corn, because the United States, unlike most other developed countries, does not require labeling of GM foods. And Monsanto’s name won’t appear on it either.

CBAN has made a questionnaire that you can leave with your grocery store, produce or farm stand manager if necessary. Ask them to fill it out and get back to you. You can download the questionnaire here.