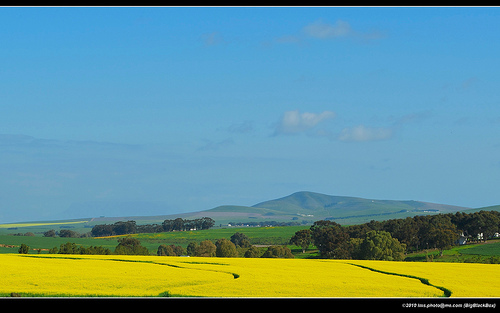 Steve Marsh is the owner of a certified organic farm in Western Australia. In late December, he received notice from Western Australia’s Department of Agriculture and Food (DFAWA) that 293 hectares – later found to be 325 hectares – of his organic farm had been contaminated by Roundup Ready canola. The GM canola arrived on his property from a neighboring farm.

But the Agriculture Minister Looks Out for Small Farmers, Right?

Agriculture Minister Terry Redman has said organic standards are to blame for Mr. Marsh’s financial loss. If the NASAA allowed GM crops to be labeled as organic, this wouldn’t be a problem. Redman has urged Mr. Marsh to petition NASAA to relax their standards.

Agriculture Minister Redman stated last year that non-GM farmers would not be compensated for any contamination by GM crops.

Monsanto Will Cover Legal Fees for the GM Farmer

Monsanto, for their part, has agreed to finance the legal defense of the farmer whose GM canola caused the problems. The GM farmer left a buffer of five meters (16.4 feet) between the Roundup Ready canola and other fields, which is the law in Western Australia.

With the support of the Agriculture Minister, it seems that Monsanto will win this case. Small farmers will not be allowed to make as much of a profit as they might have and they will not be able to control what grows on their land. Going to the extra expense and effort to meet consumer demand for organic goods will not be worth it if the organic crops will be contaminated by GM crops.

I wonder if Steve Marsh will be able to sell his contaminated crops at all. He doesn’t have a license for Roundup Ready canola, so would he have to pay fines to Monsanto?

NASAA has started a legal fund for Steve Marsh that you can contribute to. This GM legal battle is the first for Australia. If Monsanto wins, Australia’s organic industry is likely over.

The video below is an interview with Steve Marsh. He explains how the GM contamination happened and the video shows his farm.

Leave a Reply to Tore B. Krudtaa Cancel reply