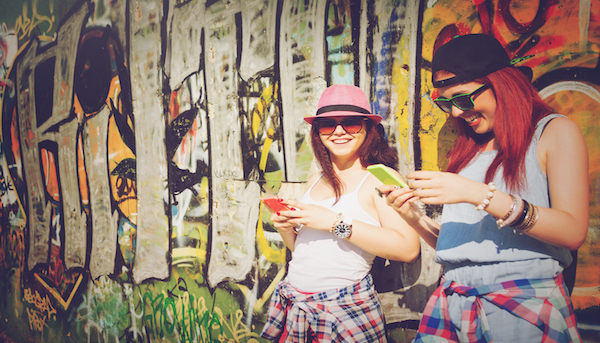 The Monsanto company is misunderstood. At least, the major biotech and chemical producer feels like it could have a better relationship with Millennials. But instead of learning how to twerk, or getting Taylor Swift to do an ad campaign for GMOs, it has hired a Director of Millennial Engagement, to kind of, you know, relate.

His name is Vance Crow. He’s the reason Monsanto was at the recent SXSW Eco conference, which created quite a bit of discomfort for many of the attendees. That’s because Monsanto and “eco” anything don’t go together like the company’s GMO soybean seeds and Roundup herbicide. It’s more like, well, Monsanto and “eco.”

In a recent interview with NPR, Crowe said “SXSW Eco is a good way to illustrate how some people have really strong views against GMOs and some people are very comfortable with them.” He noted that the biotech giant is focusing on Millennials, just like every other industry except for maybe, Viagra and adult diapers, because “Millennials are looking to how they’re going to fit into the economy and culture, and they have a new set of ideas that need to be incorporated into all aspects of global life,” Crowe said. “We use the term “millennial,” but it really has to do with new ideas out there, and listening to them.” Or it may have something to do with trying to prevent a total food revolution, especially considering that Millennials are becoming the dominant face of the organic consumer. And that’s just bad for business.

For Crowe, 32, he says “the science on GMOs is very clear,” and wonders why people have issues with GMOs and the Monsanto company in general. But like other defenders of “the science” behind GMOs, he casually omits the fact that whether or not the practice of genetic modification itself is sound science, there’s a whole slew of other issues, like the excessive chemical pesticides and herbicides polluting the planet and contributing to global warming, and poisoning a whole bunch of earth’s creatures (including Millennials).

Already, science has pointed to a number of reasons for us to minimize our use of pesticides and herbicides. Not only do they pose human health risks, but they’ve also been implicated as leading causes for pollinator decline, issues impacting honey bees and butterflies to devastating results. And then there are concerns with the “science” behind inserting DNA of one plant or animal into another in the first place, which some experts suggest may “turn on” genes that are causing allergic reactions and more. And those are major reasons why more than 60 countries around the world have severe restrictions and bans on GMO crops and foods. But are these the stories Crowe and Monsanto will be telling Millennials?

“We are trying to invite farmer customers to come to places and actually meet people and talk about their stories and how Monsanto is helping them solve some of their challenges,” says Crowe.

But like most of Monsanto’s marketing efforts, particularly those in opposition of mandatory GMO labeling, it’s unlikely the company will be telling the whole story, let alone the true one. With or without a Millennial spokesperson.