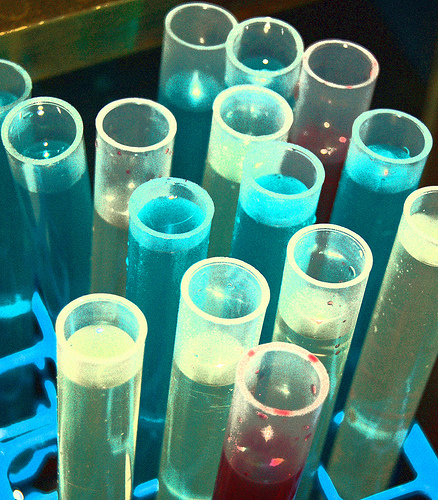 Monsanto has been systematically blocking researchers from using its patented gene modified (GMO) seeds to learn if there are problems with them, according to an explosive op-ed in yesterday’s LA Times by Doug Gurian-Sherman of the Union of Concerned Scientists.

This doesn’t come as a huge surprise, but it’s encouraging that it’s hitting the mainstream media.

We don’t have the complete picture. That’s no accident. Multibillion-dollar agricultural corporations, including Monsanto and Syngenta, have restricted independent research on their genetically engineered crops. They have often refused to provide independent scientists with seeds, or they’ve set restrictive conditions that severely limit research options.

“All growers can rely on the expertise of USDA and trust that future challenges to biotech approvals must now be based on scientific facts, not speculation,” said Snively.

But how can we get accurate science if Monsanto blocks access? Now it looks like scientists are starting to speak out… at least behind closed doors. Here’s Gurian-Sherman again:

Whatever the reasons, the results are clear: Public sector research has been blocked. In 2009, 26 university entomologists — bug scientists — wrote a letter to the Environmental Protection Agency protesting restricted access to seeds. The letter went public, but not most of the writers’ identities. They were afraid of retaliation from the companies that might further hamper their research.

“No truly independent research can be legally conducted on many critical questions involving these crops,” they wrote. Christian Krupke, a Purdue University entomologist who signed the letter, put it more succinctly to a reporter for a scientific journal. “Industry is completely driving the bus,” he said.

…This is not how science should operate. Agricultural companies are still the gatekeepers, choosing who gets to do research and what topics are studied. To ensure that agricultural science serves the public, Congress should change patent law and create a clear exemption for agricultural research.

…The companies that produce the seeds claim that genetically engineered crops are safe and are better than traditional crops in a range of ways. It’s time for these companies to back up their rhetoric. The only way to test their grand assertions is to let independent science take its course.

-> Read more at Red Green and Blue: Years of abuse

More on Monsanto and GMOs

Some rights reserved by Jungleboy 叢林男孩)