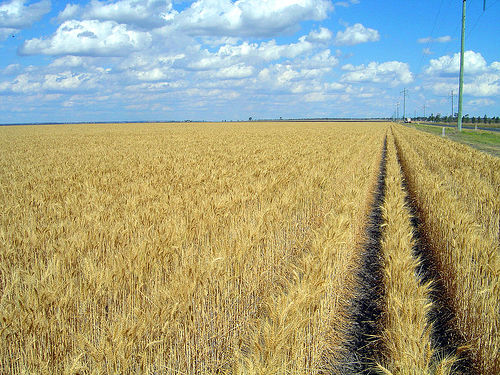 On July 12, a lawsuit was filed in the Pennsylvania Western District Court naming Monsanto and Hubner Seed Company as plaintiffs. The lawsuit accused defendants Harold Wiser, Harold V. Wiser, and Steve Wiser of saving seeds from Monsanto’s genetically modified wheat in 2009 and 2010 and planting it this year. The lawsuit sought triple any damages the Wisers might have cost Monsanto and also included a claim for more than $160,000 in unpaid invoices to Huber Seed.

Monsanto files about a dozen lawsuits each year against farmers, accusing them of planting genetically-modified seeds without paying fees to the company. Most of these are settled out of court with secrecy agreements.

On July 14, a Monsanto spokesperson issued a statement:

The filing was submitted by a third-party vendor and mistakenly included a claim for patent infringement and named Monsanto as the plaintiff.  The filing will be amended today.

The Wisers have the largest wheat growing operations in Pennsylvania, according to Steve Wiser’s lawyer Al Lindsay.