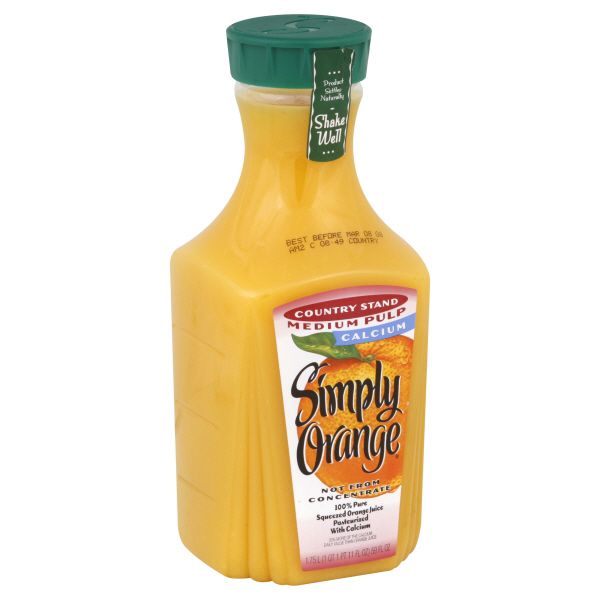 According to business blog Domain-B.com:

A US District judge in Kansas City, Missouri, has allowed the lawsuit filed by consumers alleging that Coca-Cola has marketed its Simply Orange juice as a ”100 per cent pure squeeze” since 2006 and ”not from concentrates,” even though the juices are chemically flavoured and not 100-per cent pure squeezed or simply orange, pure or natural, as claimed by Coca-Cola.

Consumers also allege that Coca-Cola has used similar misleading labels on its Minute Maid products too, and say that such labelling is deceptive and violates the state consumer-protection laws.

The issue of companies using the term “natural” on labeling, and the government’s unwillingness to put virtually any restrictions on its use, allows for one of the most egregious, and commonplace greenwashing tactics at the disposal of food companies. Until the government decides to define the term ‘natural’ and then enforce its proper use, this issue is not going to go away.

Atlanta-based Coca-Cola had in September 2012 argued that consumers have failed to show they had been injured, and cited a federal law to summarily throw out the case.

”Plaintiffs’ claims must be dismissed insofar as they are premised on promotional statements, such as the Simply Orange and Minute Maid Pure Squeezed product names,” Bloomberg reported, citing the company’s filing before the court.

It added that the names are ”indisputably true, not capable of misleading reasonable consumers as a matter of law or constitute non-actionable puffery.” Puffery is a legal term that refers to puffing up an exaggerated image of what is being described.

The court, which has combined 13 different cases filed by consumers from California, Illinois, Florida, New York, New Jersey, Missouri and Alabama, threw out Coca-Cola’s arguments and ruled that the case should be heard since it agrees with the plaintiffs that it is a fit case of misleading advertising.

This is not the first time we have discussed MINUTE MAID’s elusive (aka. misleading) marketing claims. In January, I wrote about how MINUTE MAID has conflicting information about artificial sweeteners in it fruit punch. And in 2011, my colleague Zach Sahan uncovered widespread deception in his post What Is In Orange Juice? Not What you Think.