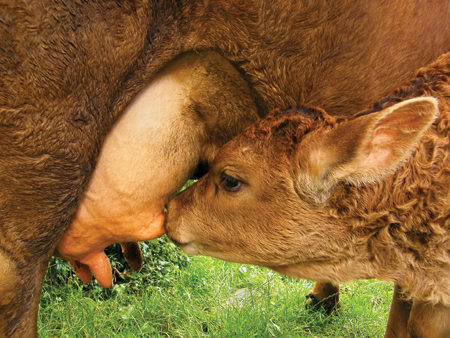 A Free from Harm Fact Sheet | Download as a pdf

Most now know that the conditions for dairy cows on factory farms are cruel and inhumane in many ways. But how about the so-called humane alternatives? With all the new humane claims and certifications out there portraying farmers who really care for their cows and calves, what does this best case scenario really look like? Consider these basic practices of modern dairy farming:

Much of what we know today about dairy nutrition is based on the legacy of dairy industry marketing that emerged in the 1950s. The Dairy Council’s Got Milk ad campaign still remains today one of the most famous and costly. Official government sources on nutrition reinforced these messages, so few critical scientific evaluations ever penetrated the media or gained public acceptance to counter this pro-dairy agenda—until recently. The result in the Western world are populations that have come to rely on dairy as an integral part of their daily diet and consequently, unprecedented rates of diet-related illnesses. Consider these facts:

How about dairy alternatives?

As science challenges long-standing nutritional claims about cow’s milk, manufacturer’s have responded with a whole host of alternatives—from soy to almond, rice, hemp and coconut—with new types of milk cropping up all the time. Most are fortified with the same nutrients found in dairy milk, such as calcium and vitamin D. Even Dean’s Foods, one of the word’s largest industrial dairy interests, had the foresight to purchase the Silk brand from Whitewave and has come to dominate the soy milk industry.

Dairy-free alternatives to butter, cheese and yogurt are now widely available as well, though a word of caution here. The animal protein casein, which is the primary protein found in cow’s milk, is used in many “soy-based” cheeses. Look for cheese brands that are vegan, such as DaiyaTM, Chicago SoyDairy, Vegan GourmetTM, ToffutiTM and Galaxy Nutritional FoodsTM. The leading vegan butter on the market today is Earth Balance® and a great soy yogurt line is made by Whole Soy & Company®.