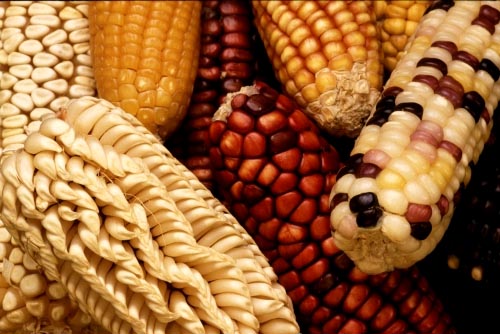 After initially saying ‘NO’ to Monsanto’s pilot project, Mexico has succumbed and agreed.

Until 2005, there was a moratorium on growing genetically modified corn in Mexico. It still isn’t grown commercially, but several companies have ‘experimental permits’ to grow very very small amount of GM corn in Mexico. Until last week, no companies were granted permission to enter the ‘pilot phase’ of growing – notably, Monsanto was denied permission to this a few months back.

However, now they have the permission they need.  During the pilot phase, the economic and environmental factors of the GM corn will be tested. Monsanto is one step closer to being able to sell GM corn to farmers in Mexico.

The plot allotted to Monsanto is small, only 2.5 acres, but still, I thought Mexico had a stronger stance on protecting their corn’s diversity.

Why Mexico initially said NO, and still should…

Mexico was particularly afraid of cross-contamination.

Recall that Mexico is the birthplace of corn: the varieties of corn are essential to their culture.  While in the US, no one thinks too much about varieties or corn (white or yellow, maybe), in Mexico, there are dozens of varieties.

Diversity is important because each strain has not only a distinct look and flavor, but also certain characteristics that make it more likely to survive in given conditions.  Cross-breeding of native species with GM corn (or any rampant, herbicide-intolerant corn plant for that matter) could potentially destroy corn diversity, and this is what the authorities in Mexico fear.

The news that Mexico said ‘NO’ made foodies and environmentalists rejoice, and this news is equally crushing.  A shame really…