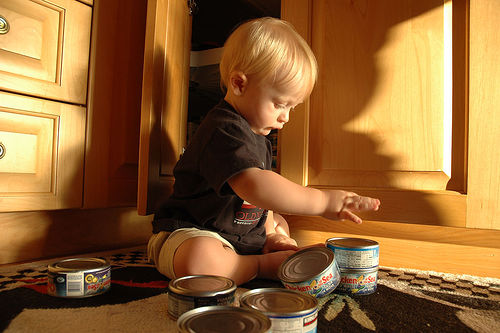 A recent study from Consumer Reports found measurable amounts of mercury in the canned tuna that it tested.

While “measurable amounts” is not the same as “dangerous amounts,” with toxins like mercury that build up in the body, you have to look at the amount of tuna you’re consuming over time. They’re recommending that children and women of childbearing age limit or cut out consumption of canned white tuna. Canned light tuna contained a bit less of the heavy metal.

According to Civil Eats:

If you’re going to eat seafood, there are fish that contain less mercury, though many fish become contaminated due to living in contaminated waters. According to the EPA, “nearly all fish and shellfish contain traces of mercury.”

Between mercury contamination and the questionable safety of seafood coming out the Gulf due to the BP oil spill, maybe avoiding seafood all together is your best bet. What do you guys think?