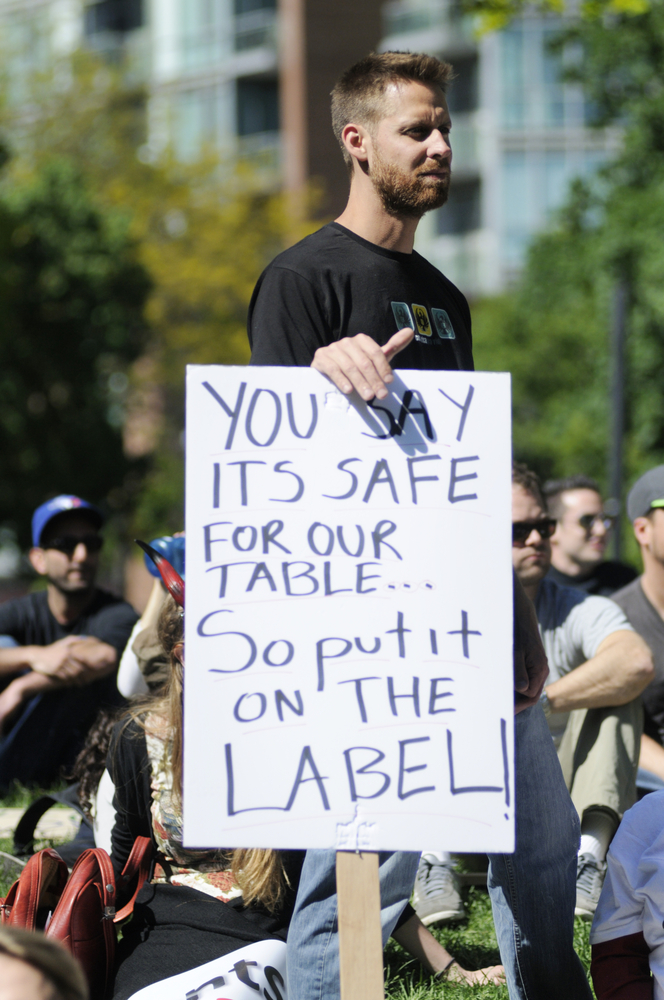 Menu labeling may be coming soon, but unfortunately GMO labeling in Oregon isn’t happening right now thanks to big money from big food.  Monsanto, Dow, DuPont and other big food corporations spent $20 million to defeat Measure 92, Oregon’s GMO labeling intiative, and it looks like their misinformation campaigns were effective.

Measure 92 in Oregon was too close to call on election night, with only an 812 vote margin. That triggered a recount, which wrapped up earlier this week.  The measure lost by only 837 votes after the recount.

This isn’t the first time that big food has spent millions of dollars to kill GMO labeling laws, and once again they’ve succeeded. Anti-labeling campaigns like the one opposing Measure 92 tend to focus on telling consumers that GMO labeling would cause a huge spike in food prices. It is true that if companies passed on the price of GMO labeling to consumers, it would raise food prices. A study found that labeling GMOs would cost each person around $2.30 per year. That works out to less than 20 cents per month.

Erich Pica, president, Friends of the Earth Action put it well when she asked: “What are Monsanto, DuPont, Dow, Coca-Cola, PepsiCo. and other chemical and junk food companies afraid of? Why are they spending millions to keep people in the dark about what we are eating? Their misleading ads confused voters enough to narrowly defeat these common sense initiatives in Oregon and Colorado. The majority of consumers want GMO labeling so future attempts to buy elections and deny the public our right to know what we are eating will fail.”