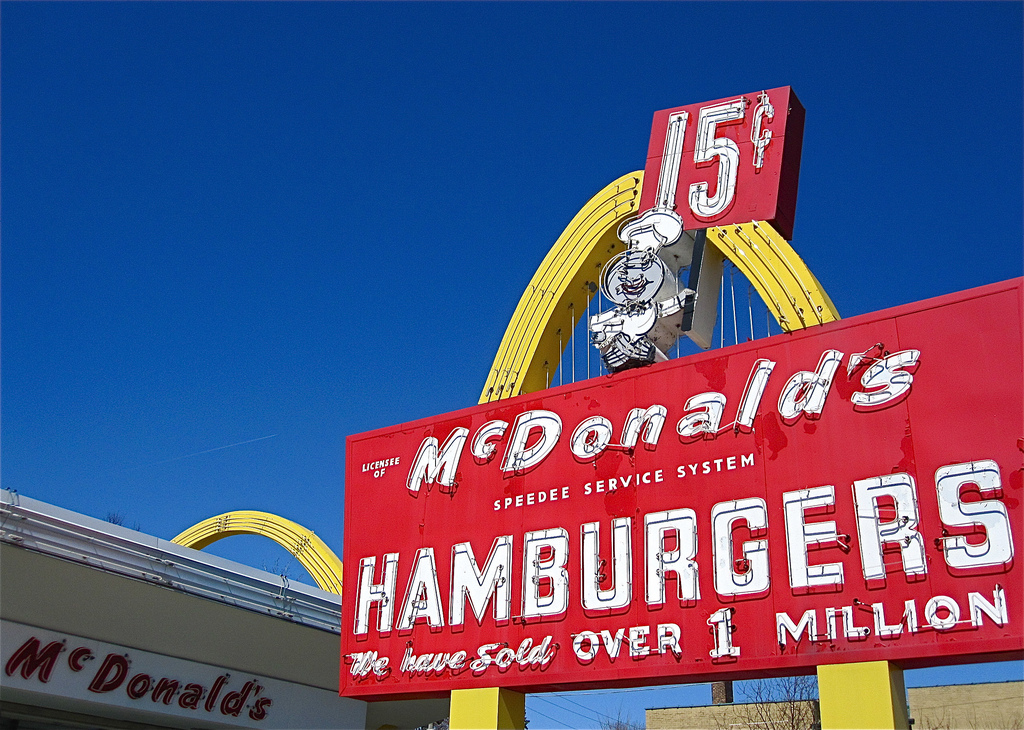 You can close your dropped jaws now.

According to The Telegraph, McDonald’s is committing to some pretty counterintuitive expansion plans, and meat-free consumers everywhere are in shock and awe.

“The first vegetarian outlet will open its doors mid-next year near the Golden Temple in the Sikh holy city of Amritsar in northern India where religious authorities forbid consumption of meat at the shrine.”

India’s Mickey D’s are already partially vegetarian, with offerings like the “McAloo Tikki burger – which uses a spiced potato-based patty,” a top seller.

Obviously the Golden Arches saw some golden opportunities in the non-meat fast food industry (if that even exists), because their plans to expand the market were dubbed as a “top priority”  — no word yet on what a completely meat-free McDonald’s menu will look like, but my guess is, it will be a vast improvement on french-fries-and-a-hamburger-hold-the-cheese-hold-the-patty.

**UPDATE: As it turns out, McDonald’s isn’t the only chain with India on the brain. According to VegNews, Subway is opening its first all-veg restaurant in Jalandhar, India as a result of the animal-welfare group Compassion Over Killing’s “We Love Subway” campaign, which aimed to get more vegan options in restaurants here in the States as well. All Indian Subways currently refrain from selling beef. The existing India locations already offer six vegetarian choices, whereas Subways in the US and Europe offer two.