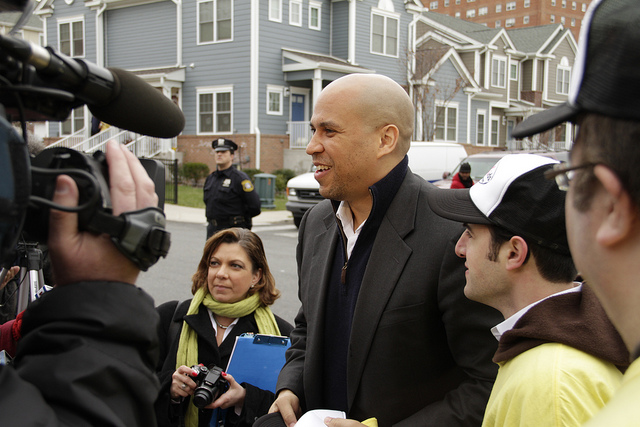 Booker hinted at the end of his food stamp week that he would be running for governor, so this was clearly a political stunt, but I don’t think that negates the message: feeding yourself on food stamps is not easy. We hear a lot about how social safety net programs like food stamps – officially called SNAP –  are “entitlements,” but from Booker’s accounts of his week, living on $4 per day – a typical food stamp budget – is far from the luxury that some politicians would like you to believe.

Here’s an interview with the mayor on day three of his food stamp challenge:

He not only talks about the hardship of such a limited food budget but touches on another problem facing our nation’s poor: food deserts. A food desert is an area with little to no access to fresh food. Maybe there’s a gas station or a convenience store where you can get limited items, but a proper grocery store that carries fresh food is a hike. For someone who can barely afford food and has no car, making the trek to the grocery store is a serious hardship, especially in areas with poor public transportation options.

This isn’t the first time a politician has lived on a food stamp budget to raise awareness. In November 2011, Ohio Congresswoman Marcia Fudge lived on the SNAP budget for a week. She said she basically spent the whole week hungry.