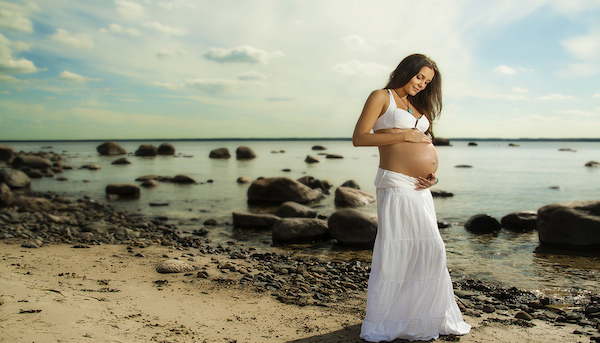 We know quite a bit about the best foods for a healthy pregnancy diet: lots of protein, not too much sugar or salt. Lots of good fats, fiber. You get the picture. But what about fish?

In light of overfishing, fish fraud and excessively high levels of heavy metals in fish these days, it seems any recommendation for eating fish as part of a healthy pregnancy diet is ill advised. But the FDA recommends it: “Eat 8 to 12 ounces of a variety of fish each week from choices that are lower in mercury. The nutritional value of fish is important during growth and development before birth, in early infancy for breastfed infants, and in childhood,” the agency says.

But is it really a safe recommendation?

“I view the data on the dilemma caused by omega-3 fatty acids in fish (good) versus the content of methylmercury (bad) as still rather uncertain,” explains Marion Nestle, Paulette Goddard Professor in the Department of Nutrition, Food Studies, and Public Health and Professor of Sociology at New York University.

She goes on to point out that FDA recommends avoiding high risk fish (shark, swordfish, king mackerel and tile fish), but it’s the albacore tuna that’s a lot more challenging for pregnant women “Tuna producers know you can’t tell the difference between white and other kinds of tuna and don’t want you to stop eating tuna during pregnancy,” she writes.

Add to that the fact that many pregnant women aren’t aware that algae and other sources of omega-3 fatty acids (such as flax or chia seeds) are perfectly healthy and effective substitutes for fish during pregnancy, avoiding the methylmercury risk altogether.

Plus, says Nestle, “the effects of even low-level methylmercury exposure may be greater than discussed in the assessment,” meaning other fish not listed as high risk by the FDA could pose dangers to the fetus.

And, get this, Nestle explains that the risk of mercury toxicity may not even warrant the benefits. “The increase in young children’s IQ associated with fish-eating during pregnancy is low—-0.7 to a maximum of 3 IQ points.” Okay, so 3 IQ points can be a lot, but we’re learning now that IQ points might not even matter when it comes to how successful or happy we are.

“I would argue that the data on which FDA based this prescription are limited, especially because the results of its scientific assessment are based mostly on theoretical models rather than empirical studies,” writes Nestle. She goes on to edit the FDA’s recommendation: “Pregnant women may eat up to 8 to 12 ounces of a variety of fish each week from choices that are lower in mercury.  Fish are useful sources of nutrients that may have value for growth and development before birth, in early infancy for breastfed infants, and in childhood, and may provide health benefits for the general public.  Other food sources also provide such benefits.”

Many other foods, with much lower health risks, in fact. Lots of women (including yours truly) have avoided fish entirely (as well as any other animal products) during pregnancy and produced healthy babies. India has about one billion vegetarians who don’t eat fish and the country produces some of our most intelligent minds on the planet. And that’s not to mention the whole ethical issue that comes with eating animals, depleting our oceans and potentially funding illegal, overfishing, fish fraud and the unnecessary deaths of dolphins, shark and whales. Those irrefutable facts that come with an in utero diet may weigh heavily on our children’s conscience one day, MENSA-level IQ or not. “In supermarkets, fish can look pretty much alike and you cannot count on fish sellers to know the differences,” writes Nestle. “I think it is absurd to require pregnant women to know which fish to avoid.”