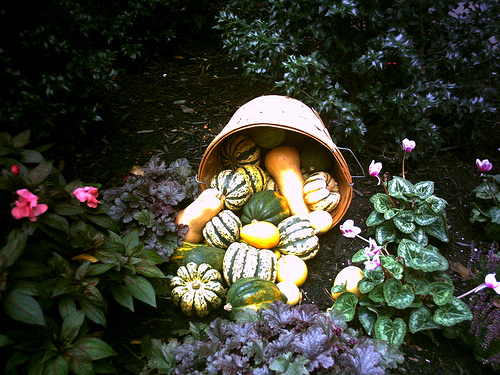 Feeding America has put together a map showing where food insecurity occurs in the United States. Map the Meal Gap indicates that overall 16.6% of the population of the U.S. is unsure where their next meal will be coming from.

16.6% looks like a small amount, except that’s more than fifty million people. Percentagewise, people in North Dakota are least likely to be food insecure, with only 7.8% of their population – a little over 50,000 people – struggling with hunger.

Food insecurity happens when a family or individual doesn’t have enough money to meet basic survival needs. These people aren’t necessarily hungry all the time. They may be juggling other bills – maybe paying the electric bill one month and leaving the water bill unpaid until the next month – so that the family is only one sick day away from using the food budget to cover other expenses.

Map the Meal Gap is interactive. Mousing over a state will bring up simple statistics about that state, such as how many people in the state are food insecure, how much the average meal costs, and how many hungry people qualify for food stamps (many don’t).

Click on the state and you can see the same information, county by county.

Meal prices range from $2-3 over the U.S. Meal prices are calculated by considering what is spent per person per week and dividing that by 21 (3 meals per day x 7 days per week).

With food prices rising, food insecurity rates are likely to rise as well.