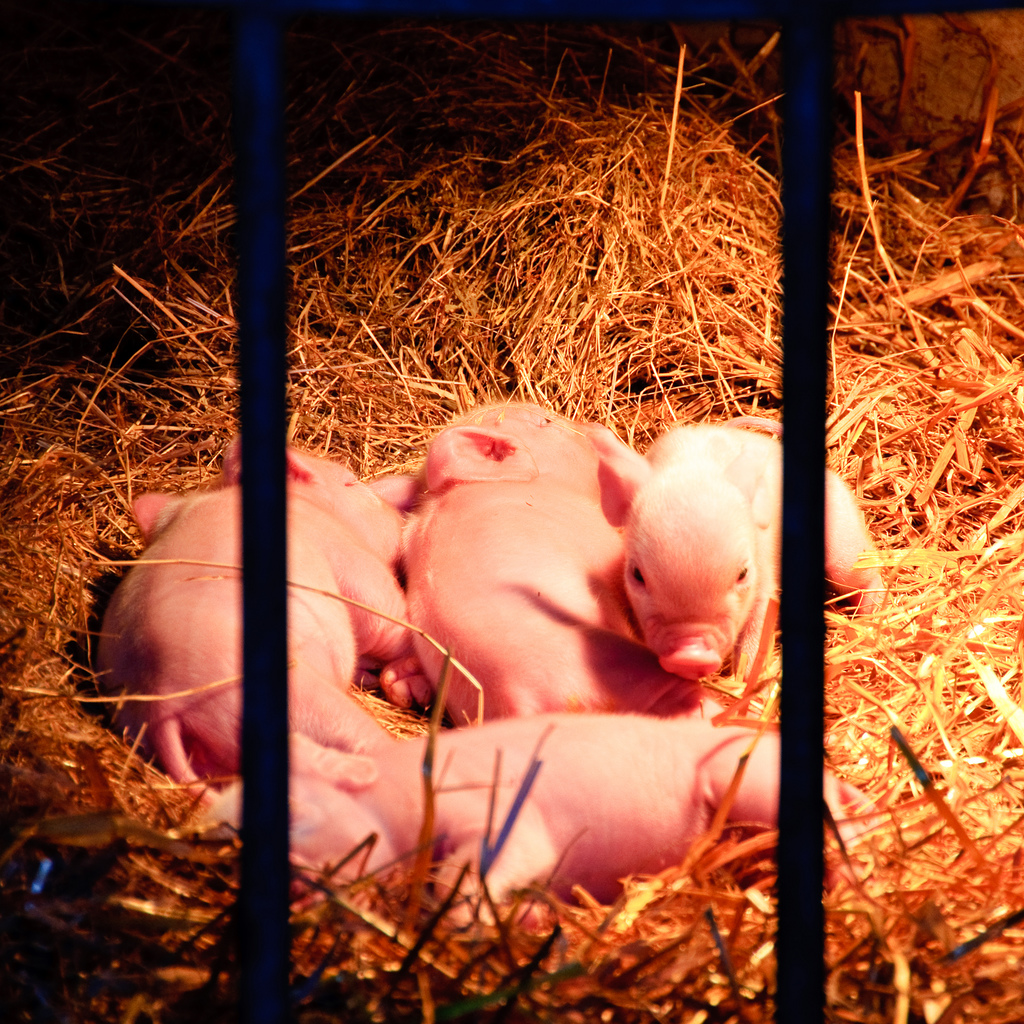 What happens when you concentrate a large number, try thousands, of pigs in one small space? You get a big pile of sh*t.

Midwestern hog farmers have been experiencing problems with exploding manure pits for a few years now, according to the Minnesota Daily. Basically, foam began inexplicably building on top of pig manure pits. This foam traps in methane gas, and if a spark nears it, the pit explodes, taking barns and pigs with it.

According to the article, roughly a half dozen barns have exploded since 2009. This isn’t just any foam, ladies and gentlemen. It can reach heights of 4 feet! University of Minnesota researchers are now attempting to find a solution. One researcher, Chuck Clanton, thinks “a new set of [bacteria] species has formed in these pits in the last few years.”

Grist wrote an article suggesting “manure is stored underneath the barn before transfer to those notorious manure lagoons.” Well, that sounds sanitary. Additionally, “the routine practice of feeding pigs dried distillers grains, a byproduct of ethanol production” could be another possible cause for this flammable foam. These grains are industrial waste, and are full of antibiotics which are pumped into farmed pigs to keep them healthy in their…pigsties. Hog farmers may be worrying about their barns and their profits, but what about the poor pigs? And what about the millions of Americans who consume meat that is exposed to antibiotic-filled pig poop?

The issue seems to have left researchers and farmers perplexed. “It’s very frustrating when you have two identical buildings sitting next to each other with same management, genetics, diets, etc. One foams, and the other does not,” Clanton said. But one clear finger to point seems to be at the factory farm system and the blatant lack of oversight into the living conditions of the animals raised for food. However, changing the system is not an easy task. The Minnesotan economy is deeply tied to pork production, necessitating mass output. (That’s their rationale anyway). “Pork farmers earned $2.1 billion in gross income from hog sales in 2010,” according to the Minnesota Pork Board. But, when does profit mean more than health and safety?