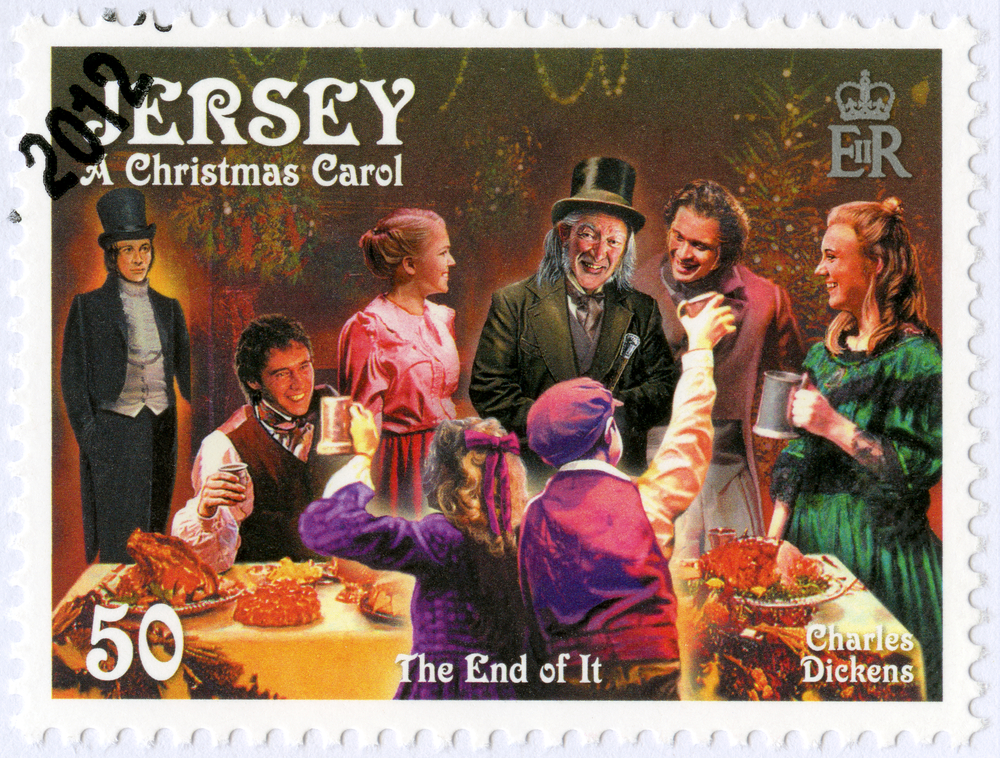 Ever wonder what it would be like to attend a Christmas feast with Scrooge? Wish you could share a smackerel of marmalade spread lightly over a honeycomb with Winnie the Pooh or break bread with Sansa Stark? I am going start by recreating Fezziwig’s Christmas feast, but with a modern twist.

Ever since I read A Christmas Carol in college, I have wanted to throw a Fezziwig’s Christmas feast.  After a recent visit to the Dicken’s Fair in San Francisco, where you can revel in a Victorian London where it’s always Christmas Eve, I was inspired by the lavish (if not a bit bawdy) costumes and festive atmosphere to plan aFezziwig’s Christmas feast dinner party in earnest. Once I reread the passage about the meal, however, I decided it wasn’t going to be as much fun as I thought.

Here is what the meal was comprised of:

Although this didn’t sound like a great feast as it was written, my new year’s resolution is to modernize Fezziwig’s Christmas meal (although maybe keep the costumes).

Plenty of beer  I’ve got this one covered. The American craft beer movement has made it a wonderful time to drink beer. I’m lucky to have several amazing local brews to serve such as Almanac and Sierra Nevada. I’m going to have fun choosing beer and you can too.

Negus Thank goodness for the the cocktail nostalgia craze. Now that Esquire Magazine has its own cocktail historian, a recipe for negus was easily found. A warm port-based concoction, Esquire’s recipe “serves a dozen light drinkers … or four adult Anglo-Saxons.”

Cake According to A World of Cake, pound cake was invented in England in the 1700’s and has been popular ever since. King Arthur Flour’s original pound cake, dubbed the “grandmother of all butter cakes,” is wonderful and easy.  However, pound cake simply serves as a launching point for a dessert I have been pining for ever since I tried at and outstanding In The Field meal last fall. Made by Jennifer Puccio, of the The Cavalier in San Francisco, it was a “salad” of basil pound cake cubed and topped with chantilly, fresh strawberries, toasted hazelnuts and micro greens.  I’m still dreaming about it.

A great piece of Cold Roast A cold roast?  It isn’t exactly clear what kind of meat Dicken’s was describing here.  The Old English Dictionary notes that a cold roast refers to beef or mutton. Epicurious.com has a simple Cold Roast Fillet of Beef and they recommend serving it with cucumber horseradish sauce and curried yogurt sauce. BBC Good Food suggests serving a beetroot salad along side, which adds some much needed greens.

A great piece of Cold Boiled This is a bit trickier. Again, Dickens was likely talking about beef or mutton, but some would argue it might have been pork. What dish will be worthy that is both boiled and cold? I’m going outside the box on this one and serving Five Spice Pork Rillettes from Epicurious.com. A deliciously aromatic boiled pork terrine served on toasted baguettes will be a perfect compliment to the cold roasted fillet.

Mince-pies Dickens was likely referring to the sort of mince pies that have been eaten at Christmas time in Britain for hundreds of years. According to the BBC’s Victorian Christmas Guide, Victorian mince pie was predominantly a meaty dish. They note, however, that “it was in this period that there was a revolution in the composition of this festive dish. Mixes without meat began to gain popularity within some of the high echelons of society.”  The King Arthur Flour website notes:

Medieval mincemeat in “Old England” was quite different from the mincemeat we’re generally familiar with today. Back then it contained as much meat and suet as fruit, and only a touch of sugar. Today traditional mincemeat still contains meat, but fruit is now the dominant ingredient and the sweetening has increased by a large measure. It’s now usually made with beef, rather than the medieval mutton …These ingredients for mincemeat are by no means written in stone. If some aren’t available, substitute what you have on hand or what appeals to your own sense of taste. If you’re a vegetarian, you can even leave out the meat.

King Arthur also notes a tradition I’m sure to embrace: “The important thing when you make this is to surround it with a bit of ceremony. One legend says that everyone needs to stir it once clockwise while it cooks, or while it’s “ripening,” to bring luck in the New Year.”

As for my modern meal, it will be sufficiently meat heavy and I’m going to opt for individual bites of a sweet, not savory, mixture of brandied minced fruit — apples, raisins, and candied peel — baked in a buttery crust. This recipe for christmas brandied mince tarts is courtesy of King Arthur Flour.