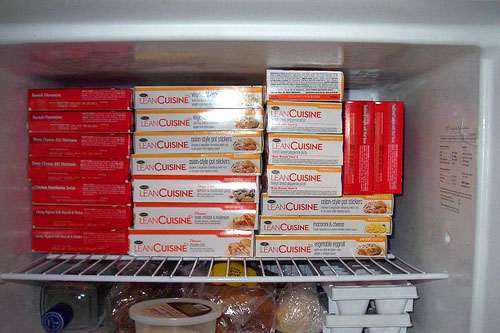 We know that low fat diet meals aren’t the health food they claim to be, but just in case you needed another reason to get those processed foods out of your freezer, Lean Cuisine issued a recall after a customer found a piece of hard plastic in her spaghetti and meatballs.

The Lean Cuisine recall effects their “Simple Favorite Spaghetti With Meatballs” that have a sell by date of November 2011 and establishment number EST 7991. The suspect meals were in stores east of the Rocky Mountains and came from a distribution center in South Carolina.

While you’re checking the freezer for those recalled Lean Cuisines, you might take a peek at the ingredients and nutritional information on other diet and frozen meals. Most conventional frozen foods contain a slough of unhealthy chemical additives and are low in fiber. Frozen dinners are convenient, but recalls like this one from Lean Cuisine underscore the benefit of preparing fresh, healthy foods.

This isn’t the first Lean Cuisine recall. Back in 2008, they recalled 900,000 pounds worth of meals after one customer was injured and several others found pieces of blue plastic in their meals.