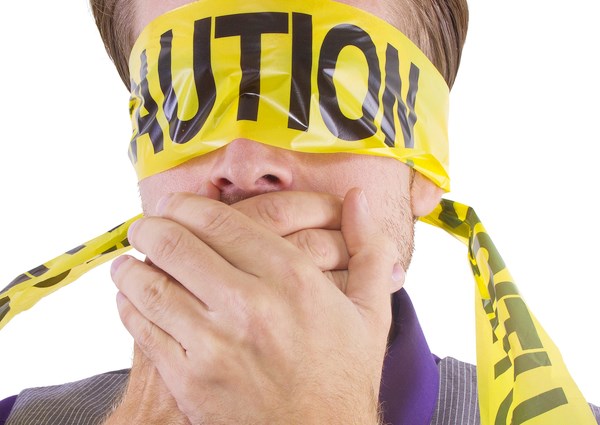 Man (and Woman) the Legal Torpedoes! This Is Not a Drill!

Apparently plaintiffs are somehow under the impression that the U.S. Constitution protects freedom of speech, and/or freedom of the press.

Utah’s ag-gag law passed in 2012, and prosecutors tried but failed to use it to penalize Ms. Meyer for filming animal cruelty at a slaughterhouse. They were forced to drop charges amid massive public outcry in support of Ms. Meyer, who shot the video in question from a public street.

As we reported here at EDB last spring, Utah’s ag-gag law makes it a class A misdemeanor to go undercover at any agricultural animal facility:

‘Offenders’ who don’t say ‘Why, hello there! I’m with Mercy for Animals, and I’d like to expose all that animal abuse you’ve been getting up to over here, please and thank you!’ before reporting problems will be subject to up to a year in jail and/or up to $2,500 in fines.

Undercover investigation offers the only reliable way to assess whether industrial animal producers are compliant with existing laws in terms of animal cruelty, worker treatment, and food safety.

As summarized by ALDF’s Stephen Wells in a recent Huffington Post article:

Will Potter, one of the investigative journalists involved in the newly-filed suit against Utah, wrote, “Utah’s law, and others like it, directly place both me and my sources at risk. There’s a long history of investigative journalism in this country based on exactly the type of research and whistleblowing that these laws criminalize.”

Though the animal industry seems keen to silence whistleblowers and ensure consumer ignorance at all costs, ag-gag laws are trending in a well-deserved downward spiral of public condemnation — combined with growing political aversion. Tennessee’s governor vetoed the ag-gag law that landed on his desk, and just last Friday North Carolina’s legislature adjourned without passing the ag-gag foolishness proposed in that state.

It should be a policy priority for lawmakers to protect animals from cruelty and to maintain strong food safety standards. Treating the investigations of cruelty and unsafe business practices as the problem turns logic and common sense on its head. It protects scofflaws and people with something to hide, and does a disservice to the workings of a civil and transparent society.

For an in-depth interview with Matthew Dominguez (HSUS) and Cheryl Leahy (Compassion Over Killing) about why these laws are so profoundly toxic, listen:

Or for a brilliant interview with Will Potter and undercover investigator ‘Pete,’ about why these laws are kryptonite to a free and just society:

Keep your eyes on this court case, folks: a court ruling that Utah’s ag-gag law is unconstitutional could be a welcome and past-due death knell for such laws across the nation.

Editorial note: this post was edited after initial publication, for the purpose of correcting an error.