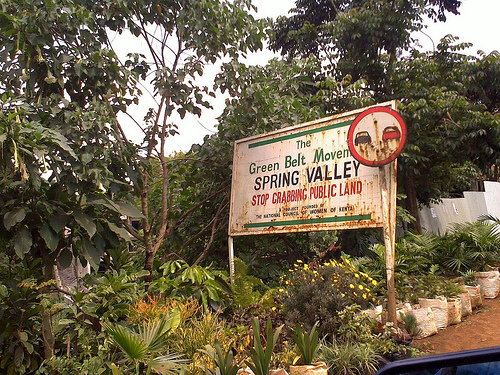 The trend of international land grabbing—when governments and private firms invest in or purchase large tracts of land in other countries for the purpose of agricultural production and export—can have serious environmental and social consequences, according to researchers at the Worldwatch Institute.

The land grab trend has accelerated as countries that lack sufficient fertile land to meet their own food needs—such as wealthier countries in the Middle East and Asia, particularly China—have turned to new fields in which to plant crops.

“Growing demand and rising prices for food are leading some wealthier developing countries to seek secure access to food-producing land in the territory of lower-income ones,” said Robert Engelman, Executive Director of Worldwatch. “If all governments capably represented the interests of their citizens, these cash-for-cropland deals might improve prosperity and food security for both sides. But that’s not often the case. It’s critical that international institutions monitor these arrangements and find ways to block those that are one-sided or benefit only the wealthy.”

The International Food Policy Research Institute (IFPRI) reports that some 15–20 million hectares of farmland were the subject of deals or proposed deals involving foreigners between 2006 and mid-2009. Additional land acquisitions occurred in 2010, including deals in Ethiopia and Sudan, according to Andrew Rice, author of The Teeth May Smile but the Heart Does Not Forget and contributing author to the recent Worldwatch report State of the World 2011: Innovations that Nourish the Planet.

Critics of large-scale land acquisitions believe that the land grab is marginalizing the land rights of local residents, particularly indigenous populations, and compromising food security in the host countries. “[Critics] predict that the outcome will not be development but a litany of dire possible consequences: xenophobia, riots, coups, and more hunger,” writes Rice. Several organizations, including GRAIN, Oxfam, and the Oakland Institute, have reported on the negative consequences that such land deals have on developing countries.

Conversely, some experts argue that the agricultural development that occurs through land deals can provide poor countries with money, infrastructure, resources, and increases in food security. The International Institute for Economic Development, World Bank, U.N. Food and Agriculture Organization, and International Fund for Agricultural Development all have published documents highlighting the economic possibilities associated with international land deals.