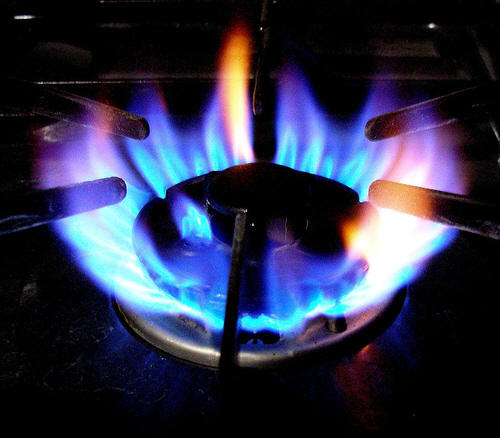 Nanoparticles emitted by common kitchen appliances are more abundant than previously thought, leading for an urgent call for more research on health implications.

[social_buttons]In 150 experiments using gas and electric stoves and electric toaster ovens, researchers at the National Institute of Standards and Technology (NIST) are working to determine their impacts on indoor levels of nanoparticles.

Previous studies measured particles with diameters greater than 10 nm, but the technology used in these experiments allowed researchers to measure particles as small as 10 times the size of a large atom, called ultra-fine particles (UFP).

“The results of this test,” said researcher Lance Wallace, “should affect future studies of human exposure to particulates and associated health effects, particularly since personal exposure to these indoor UFP sources can often exceed exposure to the outdoor UFP.”

Other recent research has demonstrated the difficulty of mapping out the health effects of nanoparticles. Even if a certain nanoparticles do not appear to be toxic, the interaction between the nanoparticles and other compounds in the human body can potentially cause serious problems to cell functions.

“In experiments carried out elsewhere to mimic environmental exposure, nanoparticles delivered into the lungs crossed the lung barrier and entered the blood. Particles in the blood can reach the liver, amongst other organs. We also know that nanoparticles directly injected into the blood for medical purposes are also likely to end up in the liver. We don’t yet know if the nanoparticles are safely eliminated from the liver by specialised cells or whether these extremely small particles can enter the liver cells and disrupt their normal functioning.” – Dr Celine Filippi, University of Edinburgh

Researchers at the University of Massachusetts recently presented a study to the American Association for Cancer Research that found that nanoparticles could possibly damage DNA and lead to cancer.

“The DNA damage could potentially lead to mutations and ultimately increase the risk of cancer. Several studies have shown that smaller particles are more likely to enter cells and cause more toxicity.”- Sara Pacheco, researcher at the University of Massachusetts

The Royal Commission on Environmental Pollution (UK) stated on Wednesday “There is an urgent need for more research and testing of nanomaterials.” The example given was of asbestos, another widely-used material that was later found to cause cancer.

The NIST experiments were carried out in a three-bedroom test house equipped to measure ventilation rates, environmental conditions and contaminant concentrations.