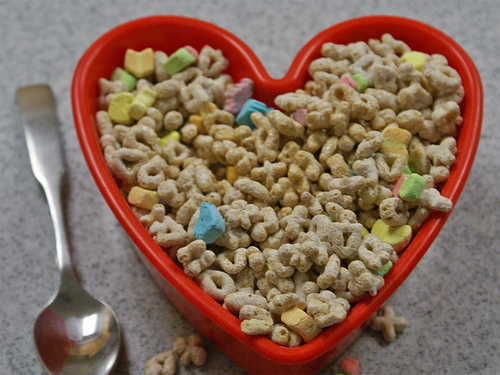 I can’t imagine childhood without a plethora of sugary cereals.  Lucky charms were my favorite.  I would pick out the marshmellows and eat them separately…actually, I did this almost into adulthood.

What my parents didn’t know is that they didn’t need Lucky Charms to shut me up – at least according to a new study.

Interestingly enough, children in both groups consumed approximately the same amount of calories; however, the children in the group with the high-sugar cereals ended up consuming almost twice as many empty sugar calories.