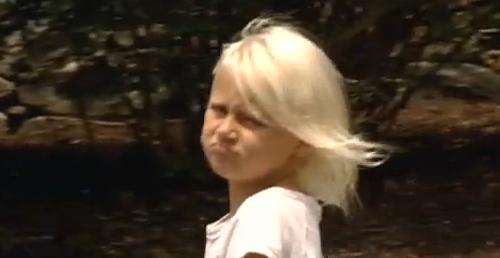 This is a crazy story. Another one of these “overreaching government” stories that seem to be all the rage (for good reason). Before I get into it, I’ll note that a $500 fine imposed on the children in this story has been waived and the kids have been granted permission to re-open their lemonade stand. But before someone in power came to their senses and decided that they didn’t want to whole nation looking at them for such a ridiculous action. (I’ll also note that these are kids of some very rich, “Washington power” families, the Marriotts (yeah, the the family behind the hotels) and the Augustines (of Lockheed-Martin). Anyway, here’s the story….

Some children in Bethesda, Maryland decided to have some fun and make a little money for a charity by setting up a lemonade stand on Persimmon Tree Rd. A county official, however, considering that to be illegal, told the kids they needed to shut down the stand.

The kids apparently ignored the order, which resulted in the inspector laying a $500 fine on them (or, technically, on their parents).

“This gentleman from the county is now telling us because we don’t have a vendors license, the kids won’t be allowed to sell their lemonade,” Carrie Marriott said in a trembling voice.

The children argued that their lemonade stand was not illegal as they were sending the money to charity.

Some information from a local news agency (video here):

Jennifer Hughes, the director of permitting for the county, says it’s technically illegal to run even the smallest lemonade stand in the county, but inspectors usually don’t go looking for them. She said this one was unusually large. Hughes also says they’ve warned all kinds of other vendors they couldn’t operate near the US Open because of concerns about traffic and safety.

But that did little to console Carrie Marriott. “Does every kid who sells lemonade now have to register with the county?” she asked the inspector.

Another interesting point the local news agency brought up is that the county was giving out a ton of permits allowing residents to charge people for parking on their front lawns. And, reportedly, these folks were making tens of thousands of dollars on these golf fans. But a lemonade stand for charity is a no-no….

As I said at the top, someone came around, just requiring that the kids move it approximately 100 feet from where it was initially set up (for safety reasons).