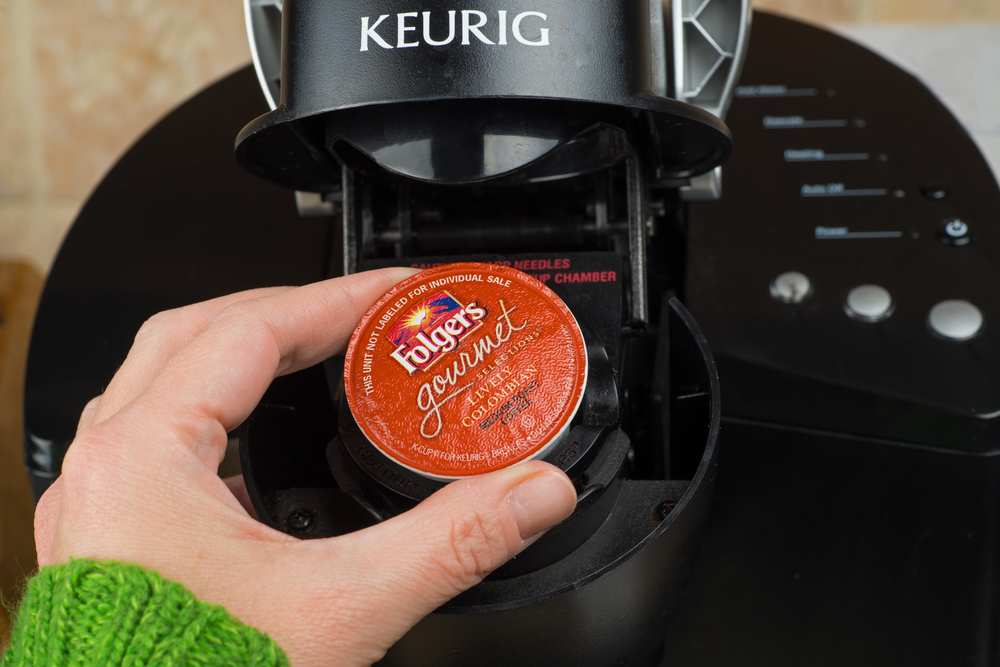 In August 2014, when Keurig introduced its “2.0” line of coffeemakers, it stopped making the refillable, non-disposable “My K-Cup.”  It turned out that consumers weren’t having it.

We all know the Keurig K-Cup, a single-serving coffee brewing system. They can be seen in corporate break rooms and auto dealerships around the country. K-Cups hold a huge percentage of the coffee market and as a result they create mountains of plastic waste. It’s the second most popular coffee-making method and its estimated that 20% of adults now use K-Cups. If that wasn’t bad enough, K-cup pods price out at $50-$60 for a pound of coffee.

According to the Washington Post, when Keurig introduced its “2.0” line of coffeemakers, it stopped making the refillable, non-disposable “My K-Cup” and also made their new machines incompatible with any K-cups already in existence (as well as with any unlicensed disposable K-cups made by other companies). As WaPo noted: ” It was $50 a pound and a trail of waste — or nothing.”

Consumer backlash was swift and decisive.  Consumer review websites such as Amazon, as well as on Keurig’s own social media sites, were slammed with negative feedback. But, more importantly, the power of our big green purse made Keurig reconsider its shameless move. The company has reported that sales of Keurig machines have tanked, with sales of brewers and accessories having declined by 23%. Keurig’s stock price fell 10 percent in after hours trading and as of today, the stock is trading at a near 52-week low.

So, Keurig just announced its bringing back the K-cup.

This all comes on the heels of years of consumer efforts to improve K-cups’s recyclability. Only 5% of K-Cups are recyclable currently, but Keurig has pledged that by 2020 all of their K-Cups will be recyclable. Jeff McIntire-Strasburg over at Sustainablog shared this video along with details about K-Cup recycling.

Want to know more? Check out this petition demanding that Keurig make K-Cups fully recyclable now, not by 2020 as they pledged.