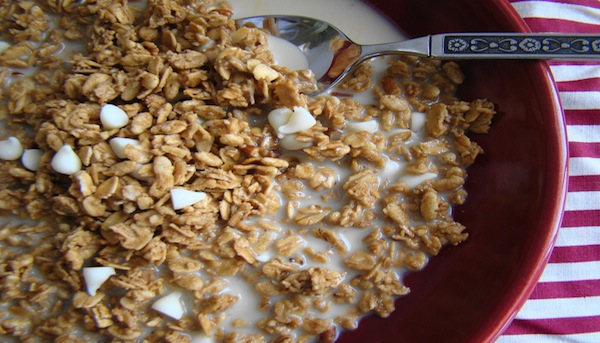 In the tsunami-like wake of lawsuits filed against major food brands for misuse of the word “natural” to market unnatural synthetic and genetically modified ingredients in products like Wesson Oil and Pepperidge Farm’s Goldfish (which also doesn’t contain any goldfish if anyone else wants to jump in on another class action suit), PepsiCo has decided to drop its use of “natural” for a simpler word. Literally. “Simply.”

According to the Huffington Post, “the company changed its “Simply Natural” line of Frito-Lay chips to simply be called “Simply,” although the ingredients remain the same.” The brand has done the same with “Natural Quaker Granola” which is now “Simply Quaker Granola” and other products are expected to follow suit. “The food and beverage giant says the name changes, which took place last year, are the result of it updating its marketing. But they come at a time when PepsiCo and other companies face legal challenges over their use of the word ‘natural’,” notes the Post.

Perhaps the biggest blow to PepsiCo’s “natural” marketing came last year when it agreed to remove the word from its Naked brand of juices (and pay $9 million in restitution). The settlement came after a lawsuit was filed against the company because of the discovery of a synthetic fiber made by Archer Daniels Midland, and genetically modified ingredients. PepsiCo has denied the use of GMOs in any Naked Juice products. And notes the Post, “another ongoing lawsuit filed in 2012 has challenged its description of some of its chips as “natural.” And in November, PepsiCo killed off its Gatorade Natural line, saying the drinks didn’t “resonate” with its core consumers.”

The World Health Organization defines genetically modified organisms as not occurring “naturally,” but there is no regulation on use of the term in U.S. While the FDA doesn’t officially define “natural,” it says the word shouldn’t be use to describe products that contain “added color, artificial flavors or synthetic substances.”