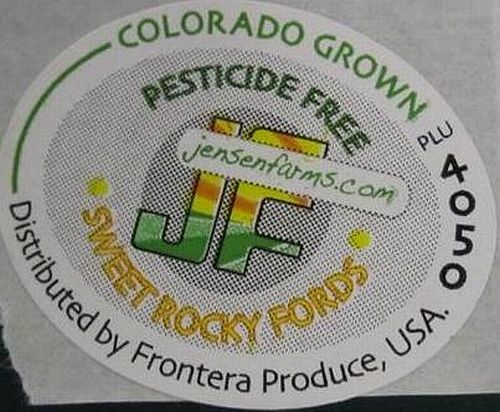 Jensen Farms has recalled their cantaloupe due to possible listeria contamination.

The cantaloupe being recalled may have a sticker like the one at the top of the post. Some may not. If you have purchased unlabeled cantaloupes recently, call the grocer to find out where they came from. The cantaloupe were shipped by Frontera Produce in crates that look like the ones at the bottom of this post.

Jensen Farms is asking anyone who has purchased their cantaloupes recently to seal the cantaloupes in a bag or container before throwing them away. This will prevent children or wildlife from retrieving the melons from the garbage.