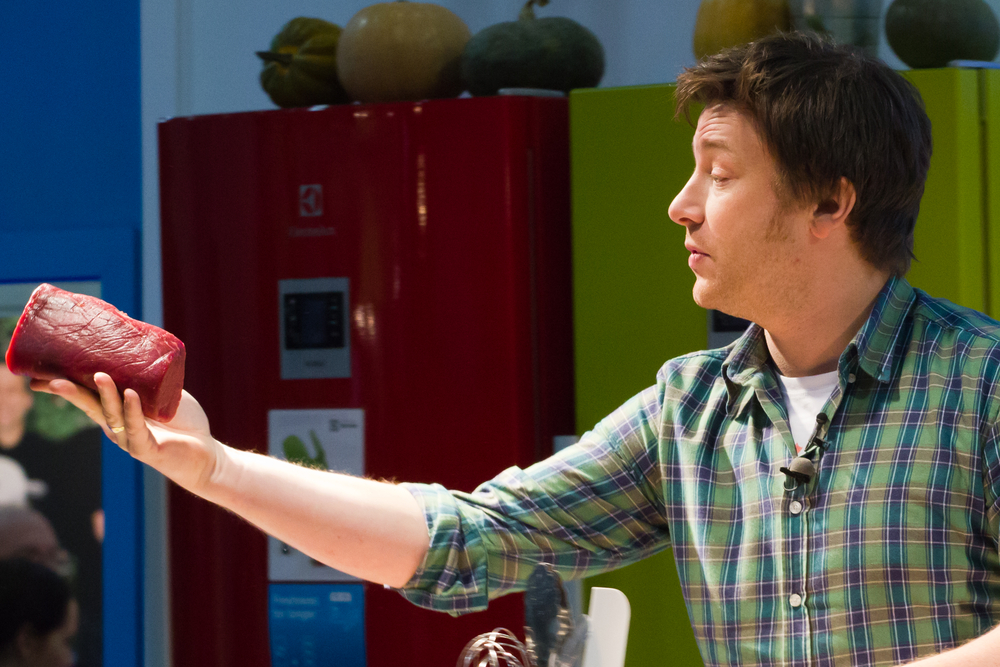 British chef Jamie Oliver is on a crusade to prove that U.S. food safety standards are so much lower than in Britain that U.S food shouldn’t be allowed in the UK.

Ecowatch reports that Oliver recently announced that he’s embarking on a campaign to stop the controversial Transatlantic Trade and Investment Partnership (TTIP), which many feel will result in the watering down of government regulations.

His particular beef? (Pun intended!) U.K. restrictions on growth hormones and pesticides in food are stricter than those in the U.S.

We don’t have hormones in our meat, that’s banned. But not over there. We don’t have hundreds of poisons and pesticides that have been proven to be carcinogenic. They do. Their laws, their set-up, their safety regulations are nowhere near ours.

The U.S. nonprofit Center for Food Safety, which monitors food production technology and advocates for healthy food, agrees with Oliver that TTIP is problematic for for food safety. A report released by the group says:

Key to the TTIP negotiations is the fundamental difference between the U.S. and the EU [European Union] approach toward evaluating food safety. The EU looks to the Precautionary Principle as its regulatory foundation—essentially a “better safe than sorry” approach. The U.S. employs a “risk assessment” approach linked to cost-benefit analyses when reviewing food safety standards. This approach looks primarily at costs for businesses versus potential harms to citizens and the environment. As a result of these differing approaches, the EU generally has higher food safety standards than the U.S.

It warns against TTIP’s requirement for “harmonization,” which in past trade agreements has usually meant that countries with higher food safety standards are forced to accept the lower standards of other countries.

A campaign in the UK, Stop TTIP, notes that the TTIP deal threatens to allow for the importation of foods that, although allowed in the US, are banned in the UK including beef and pork treated with growth hormones, chicken washed in chlorine “to compensate for lower US production standards”, fruit and vegetables “treated with endocrine-disrupting pesticides” and genetically engineered and modified foods (pointing out that “the majority of the food eaten in the US is genetically engineered and modified.”)