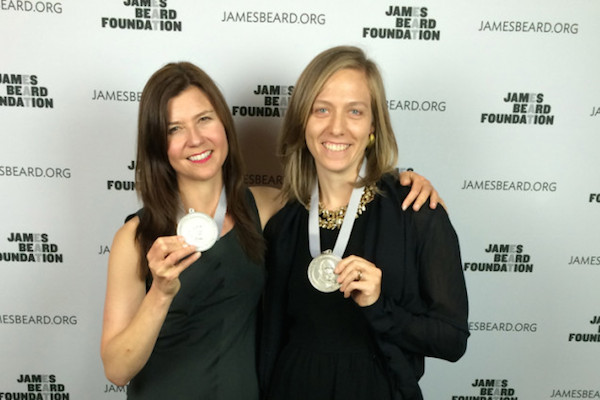 If you don’t know the work of Civil Eats, it’s time. It was just dubbed 2014 Publication of the Year by the James Beard Foundation. Nice. Real nice.

Seen by most as the highest honor for North American food and beverage pros, the James Beard Foundation recognizes excellence in all aspects of the industry — including food journalism — through its annual awards, known as the “Oscars of Food.” This past weekend, this year’s winners were announced and awards bestowed amid ceremonies and parties galore. And I’m sure the food was fabulous.

Founded in 2009, Civil Eats has left its indelible mark on food sustainability and transparency by sharing thousands of stories from hundreds of contributors — all active participants in the evolving food landscape. Its goal is to help “shift the conversation around sustainable agriculture in an effort to build economically and socially just communities.” They break news, open eyes, and share information we need to know. And until recently, the editors and contributors went without pay. It’s not about the money — it’s about driving change.

In judging its Publication of the Year, the Journalism Awards Committee of the James Beard Foundation recognizes a publication that demonstrates fresh direction, worthy ambition, and a forward-looking approach to food journalism. Civil Eats, through its declared passion for “promoting critical thought about sustainable agriculture and food systems,” practices the kind of thorough and fair journalism that helps us make sense of the increasingly complex matter of getting food to our tables.

As a small farms/real food advocate who writes about the sustainability, transparency, and fairness of our food system, Civil Eats’ win signifies positive movement toward a better future. A hearty high five to the staff and contributors for this well-deserved nod.

Learn more about James Beard and the James Beard Foundation, and take a peek at the full list of 2014 winners.